Master planner Aidan O’Brien is installing a team of grooms in a Newmarket base to look after horses he will send to Britain to try to win him an 11th Qipco 2,000 Guineas next weekend.

O’Brien could have up to five runners in the delayed first Classic of the season on June 6, headed by second favourite Arizona but the trainer has been faced with a tricky logistical problem on top of the normal training countdown.

Horses are free to travel between countries but regulations state that people who leave Ireland and return must quarantine for 14 days.

County Tipperary-based O’Brien confirmed that he would not be attending next week’s three-day Newmarket meeting, which also includes the Group One Coronation Cup and Qipco 1,000 Guineas.

But grooms from O’Brien’s Ballydoyle team temporarily based in Britain will look after his team and then remain in the country to perform the same job at the five-day Royal Ascot fixture which starts on June 16.

O’Brien, who said his stable had remained COVID-19 free throughout the pandemic, said: ‘We are in the process of renting or leasing a house in Newmarket and lads will go over and stay there.

‘Lads in Ireland will put the horses on the plane, they will be looked after by the Flying Grooms on the flight over and then the Newmarket-based lad will look after them before they are put back on the plane.’ 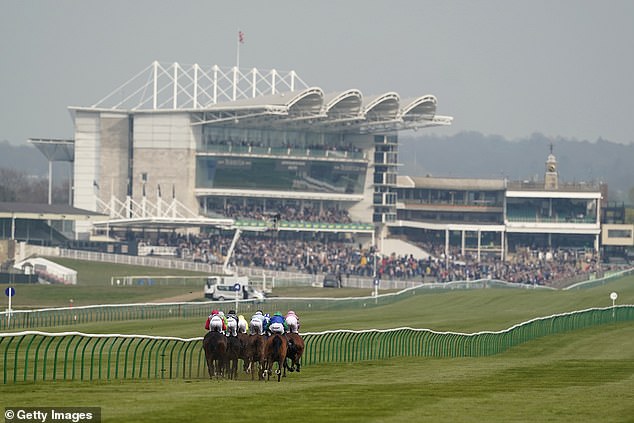 Despite unbeaten Pinatubo, the highest rated two-year-old in 25 years, dominating the 2,000 Guineas betting, O’Brien said his focus was on his team rather than wondering how Arizona could avenge two 2019 defeats at the hands of the favourite.

The trainer added: ‘We always go into every race thinking about our own horses and what will suit them to run their best races. We don’t ever think about the opposition because you are either good enough or you’re not.

‘Arizona is a big, rangy horse and we always thought he would improve from two to three. He ran a good race to win the Coventry Stakes (at Royal Ascot last year) and ran some good races after that. We think he is ready to start back.’

Love, winner of the Moyglare Stud Stakes before finishing second to Quadrilateral in the Cheveley Park Stakes, heads a trio of fillies which could start in the 1,000 Guineas which also includes Montrose Stakes runner-up Peaceful and Moyglare Stud Stakes third So Wonderful.

O’Brien revealed that four-time group one winning mare Magical, who ended 2019 winning the Champion Stakes at Ascot in October, is back in training at the age of five.

She could be entered in the Prince of Wales’s Stakes at Royal Ascot but a alternative starting point for her season is the Pretty Polly Stakes at the Curragh on June 27.

Arc fourth Japan is being aimed at the Prince of Wales’s Stakes while 2019 Derby winner Anthony Van Dyck is being considered for Friday’s Coronation Cup at Newmarket.

Sovereign, who has not run since winning last year’s Irish Derby, is back in training but not will not run until mid-summer with the focus on an autumn campaign.

Leading Derby hope Mogul is pencilled in for a return to action in the Derrinstown Stud Derby Trial at Leopardstown on June 9, the day after Irish racing resumes.

Mum Karen Dovey was caught behind the wheel – almost four times the drink-drive limit. Police were called when the