Battaash toughed it out as he defied 40mph winds and ground softened by rain to land the Group One Coolmore Nunthorpe Stakes for the second year running.

Time was when such obstacles would have tripped up the fastest horse in training but the gelding who was once the unpredictable Dr Jekyll and Mr Hyde of Flat racing has developed into Mr Consistency and the 1-2 favourite dug deep to beat 22-1 runner-up Que Amoro by a length. 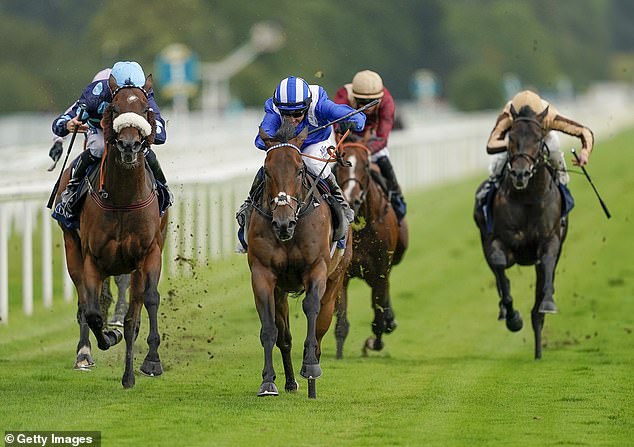 But it was Battaash who stole the show as he cut back a two-length deficit at half-way to haul in the Michael Dods-trained runner-up to win going away with Moss Gill a further two lengths back in third.

Crowley said: ‘He is the horse of a lifetime. If you get one in your career like him you are lucky. He had to be a man today. He stuck his neck down. We went a serious gallop and there was a strong tail wind blowing us towards the stands rail.

‘In the past, he has often won his races by half-way so fair play to the second who has run a mighty race.’

York has not always been a happy hunting ground for Battaash. He has twice been beaten in the Nunthorpe. Next up should be the Prix De L’Abbaye at Longchamp on Arc day, where the heavy ground did for him last year.

Hills admitted a repeat of those conditions might mean a change of plan. The trainer added: ‘The Abbaye is the obvious route to take but if the ground is like last year I’d say we’d probably look elsewhere.’

By that stage of the season, the few options include the Breeders’ Cup, a target Sheik Hamdan has been reluctant to chase with Battaash in the past. 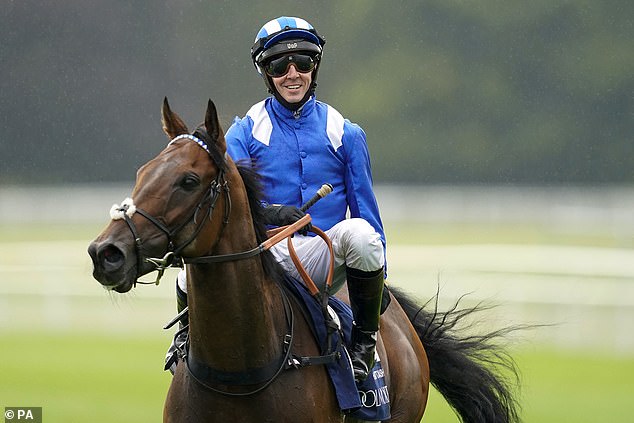 Crowley and Sheik Hamdan have had what the jockey described as a ‘golden summer’ with mass successes at both Royal Ascot and Glorious Goodwood.

In Minzaal they have a horse for the future. Burrows, who has a St Leger candidate for Sheik Hamdan in Geoffrey Freer Stakes winner Hukum, sees the smooth two-length Gimcrack Stakes winner as a potential candidate for next season’s Commonwealth Cup at Royal Ascot with more immediately a shot at the Middle Park Stakes at Newmarket next month.

Meanwhile, Dods, later successful with Callum Rodriguez-ridden Brunch in the Sky Bet Mile Stakes, may look to the Group One Flying Five at the Curragh next month with Que Amoro.

The man who landed back-to-back Nunthorpes with Mecca’s Angel and won a Group One sprint prize with Mabs Cross, has unearthed another speedy filly and one who cost only 28,000 guineas.

Pubs across Staffordshire and Stoke-on-Trent are getting ready to reopen on the proposed date of April 12. But it will

Stoke City given painful lesson in recruitment by Brentford

Councillor ‘reassured’ crime in Staffordshire town is being tackled