Kyren Wilson has been on the precipice of producing his very best form in 2020. When the World Snooker Tour restarts he’s hoping he can maintain his standards and hit top gear.

The Warrior came through the field in a testing tournament, at the recent BetVictor Gibraltar Open, to set up a high-stakes final with rival and World Champion Judd Trump. It was a match which was played behind closed doors due to the Coronavirus outbreak.

Only victory would have seen Wilson secure qualification for the Coral Tour Championship, while Trump was aiming for a record-breaking sixth title of the season and the £150,000 BetVictor European Series bonus. In the end it was Trump who prevailed 4-3 in a thrilling clash.

Prior to that Wilson had reached the semi-finals at the Coral World Grand Prix and made a 147 on his way to the 19.com Welsh Open final, which he lost 9-1 to Shaun Murphy.

We’ve caught up with Kettering’s world number eight to chat about his time in Gibraltar, his form this year and find out how he is coping with the nationwide lockdown in the UK…

Kyren, it was an eventful few days in Gibraltar with first limited crowds and then the latter stages being played behind closed doors. What was your experience like and how pleased were you to reach the final?

“It was really odd. I took my wife Sophie with me and when we were getting on the plane we weren’t sure what to do. You don’t know what to touch, using anti bacterial wipes on the chairs and trays. I thought I might even wear gloves. Then when we got to Gibraltar it felt like a holiday, as the sun was out and it was beautiful there. By the time Friday came around the crowds were capped to 100, but at least Sophie could still watch me play. Things started getting more and more serious and I felt really bad for her being stuck in the room and not able to watch on Sunday when they closed the doors.

“It was strange playing without a crowd, you just had to hope as many games were on the TV table as possible. Knowing the cameras were still on and everyone was watching back at home still gave its own little buzz. Going to and from matches I still had family and friends texting me wishing me good luck and saying well done. You are aware everyone is watching. I knew about the situation back home with the virus and how things were developing. I could see it all on social media and I felt sorry for what was happening. The final had a different feel to it. Snooker is a well watched sport, so it was nice to be providing entertainment and relief to people watching. I really enjoyed the match.

“When the final came around we were both targeting the trophy and there was a lot on the line for both of us. Knowing I had to win to reach the Tour Championship and he had to win for the £150,000 really focussed us in the absence of the crowd. We always produce good games and battles against each other. It felt like a very big match. It is good to see two young players competing at the top end in finals.”

It is clearly a very difficult time for the country as a whole, but purely from your own snooker perspective how frustrating is it that the season has ground to a halt when you were in good form?

“I feel like I’ve really come on strongly with my form recently. There are obviously other things going on, but in snooker terms for myself it is a real shame this is happening. I feel I am just starting to pick up momentum and that is an important thing in any professional sport. When you feel good in your game and good in yourself you just want to keep playing and playing and playing. You think that as things build up it is only a matter of time before it all clicks together and the titles start coming. I’ve knocked on the door in the last four or five events, so to have everything stop is frustrating.

“I think when everything gets back to normality it will be a massive relief. Everyone is very cooped up. Snooker fans want to be seeing the World Championship. It is a great sporting event and is watched worldwide. It is a bucket list thing to attend for people. It is my favourite tournament. I love going to Sheffield and when that finally does come round it will feel like Christmas has come early. However, the most important thing is that everyone gets to that point safe, sound and in good health.” 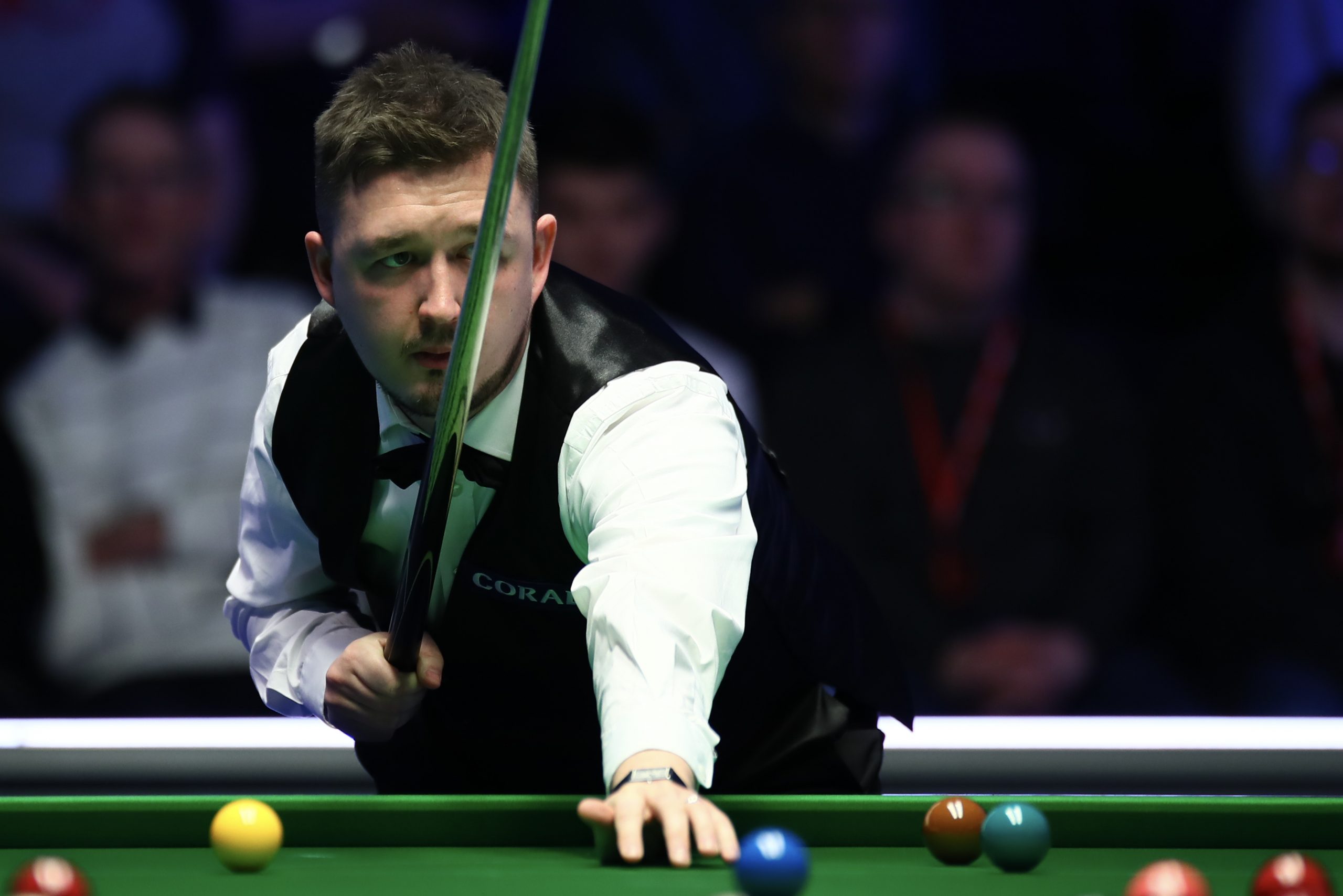 How have you been getting on since the lockdown in terms of being able to play snooker?

“I am lucky to have a snooker room at home. However, I had taken the table out and put a pool table in with a dart board and made it into a little bar. I wasn’t practising hard enough and found that I was better off going to the club I play at, Barratts in Northamptonshire, as that was like going to work. I have the snooker table back in my room now so I can play, but it is a bit restricted. I can’t play from the green spot as it is against the bar, but it is just to see me through this period.

“I don’t think I can really maintain my form in the same way I could have at the club. It is just about keeping my eye in. A snooker stance is an awkward position for your body to get in at times. For me personally I am very tall, so there can be some strain on my back and neck. It is important to keep playing and keep things ticking over by getting into that position. When the lockdown is over I’ll be working harder than ever.”

What have you been getting up to away from the table during the lockdown so far?

“I have a very young family, so my day is taken up with trying to entertain my two sons Finley and Bailey. We are very lucky to live in a nice house with a hot tub in the garden. We are letting the kids turn the hot tub right down at the moment and have a little splash in there. We have also been having some picnics in the garden. During a normal part of the season when I am at home I have a bit of a routine for practising, so I am very rarely in the house.  To be completely locked in throws those routines out of the window. It is a bit strange, but I have actually said to Sophie how much I am enjoying being a full time dad. There is literally nothing else to do and I am able to watch my young children grow up, it is a lot of fun.

“On the flip side, when you have this period at home it does make you appreciate snooker as well. You can take it for granted now and again. I think one of the main benefits is that I have been sat out in the garden every evening, looking at the clear blue skies and it has been really relaxing. I don’t want to sound too cringey, but it does feel like the earth is having a bit of a breather at the same time as going through these difficult circumstances.”