A new guarantee that the Tote win dividends will at least match starting-price returns will be a ‘game changer’ for pool betting in this country, it has been claimed.

The ‘Tote Guarantee’ will be launched next week as one of the Tote’s main marketing themes in the build-up to the Cheltenham Festival next month.

The Tote has been under new management since October, when a consortium of investors with racing interests  including leading owners and breeders – completed the purchase of the pool betting organisation from bookmaker Betfred in a £115million deal.

They have pledged to awaken the sleeping giant of the betting world, which has customer goodwill because its profits are ploughed back into the sport, but which has lagged behind the fixed-odds bookmakers in terms of commercial clout.

Tote win dividends on horses at 12-1 or bigger paid better than the starting price (SP) 66 per cent of the time last year. But research showed the uncertainty of win dividends for shorter-priced winners, especially when pools are smaller, was a barrier to betting with the Tote.

Rob Painter, chief marketing officer for the Tote, said: ‘By saying we are always going to match SP or you will get bigger odds, you will never lose out on the Tote.

‘When we did research in 2018 and last year, that was one of the issues. People said they needed value and certainty.

‘You wouldn’t walk to the till in a supermarket not knowing what price you are going to pay. 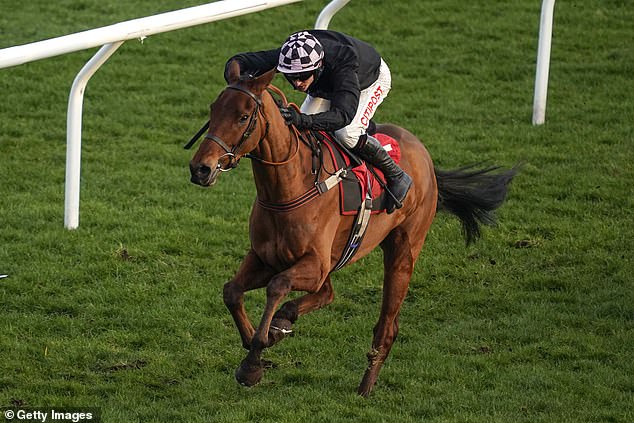 ‘The Tote will continue to offer value on horses at 12-1 or more, but the Tote Guarantee addresses the uncertainty and perception that you get less value at the Tote.

‘It will be a game-changer for the Tote and the biggest change in pool betting ever.’

The Tote management’s immediate plan is to concentrate on their core products, with the Placepot – a bet Painter believes has been under-promoted – at the heart of their strategy.

This should be helped by plans to grow the number of races betting into World Pool at Royal Ascot and and other feature British meetings.

Co-mingling with big-betting Hong Kong on some races at Royal Ascot last year increased Tote pools at the meeting from £19m to £92m.