NEWCASTLE TIPS: The best bets for Monday’s action as racing emerges from lockdown to restart… with Stone Mason and Mutasaamy lining up

Ahead of racing’s return on Monday in Newcastle, SAM TURNER provides a race-by-race guide and tips to look out for.

1.00 STONE MASON and Heavenly Tale are the least exposed of these runners and arguably the most interesting given they could well thrive for a switch in trainer.

Marginal preference is for the former who shaped with promise in a Newbury handicap (10f) last season which has worked out well last summer and the drop back to a stiff mile could see him shed the maiden tag.

1.35 The market hasn’t missed the chances of MUTASAAMY (nb), but the unexposed Newmarket raider begins the season on a very handy mark judged on his victory at Kempton last autumn. The fact connections have kept him in training appears a tip in itself and he looks one of few runners here capable of leaving behind his current mark.

2.10 Bond’s Boy ran to a good level in a well-contested Newmarket sales race in the autumn and is respected along with newcomers Blazing Hot and Freedom Flyer, both of which should be monitored in the market.

However, LITTLE RED SOCKS was professional when scoring on debut at Wolverhampton in March so may put her experience to good use in this company.

2.45 ART POWER and Magical Journey could well make their racecourse experience count here unless newcomer Continental proves to be above average.

The selection, well regarded by connections, hacked up at York on his final start as a juvenile and looks to have the scope to make his mark in better races this summer.

3.20 Tathmeen has won five of his 12 starts at Monday’s venue, but is arguably a more potent force at five furlongs so HEATH CHARNOCK may prove the answer to a tricky heat.

The selection finished behind Tathmeen when they met here in February, but the extra furlong might see him reverse placings. Money for Brian The Snail could be significant.

3.55 A change to the handicap rules allows the twice-raced ROCK OF DIAMONDS and Oakenshield to take their chance and, given the handicapper has been denied many opportunities to assess their ability, they may prove well treated. Rock Of Diamonds could emerge best of the duo as he went close on his Lingfield debut so clearly goes well fresh and he wasn’t disgraced at Wolverhampton in March.

4.30 As with many of these races, fitness will be the biggest deciding factor and there is a question mark how straight BE PROUD will be following a 136-day absence. However, the four-year-old, nicely drawn in stall seven, is a pretty solid course and distance performer and also goes well for Daniel Tudhope. Tomshalfbrother and Fox Hill are the most feared of his rivals. 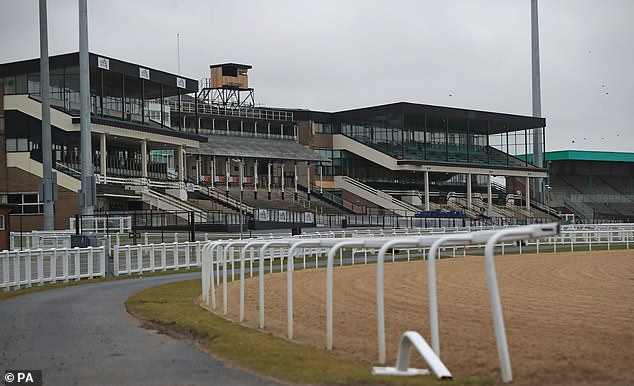 5.05 A really interesting handicap of its type and the two Newmarket representatives, Alignak and GOOD TIDINGS (nap) boast strong claims as they bid to withstand the challenge of the Philip Kirby-trained duo Ice Pyramid and December Second. This course and distance appears to suit the selection well and he is best forgiven an abject final effort at Chelmsford over a trip that stretched him.

5.40 This promises to be a highly informative affair with FRANKLY DARLING touted as a possible Oaks contender if she can impress here. She shaped like a decent filly in heavy ground last autumn at Yarmouth when narrowly outpointed and should give Kempton fourth Thibaan and newcomer Dream With Me a battle in an informative heat.

6.15 A cracking event to conclude the card with some well-bred newcomers tackling the likes of Byzantine Empire and Wise Glory, who was a shade unfortunate when beaten at Beverley on debut when well supported. VALYRIAN STEEL has been well mentioned in dispatches and, given he cost 600,000 Euros and holds a Derby entry, could prove above average so is narrowly preferred.

Police officers have visited a popular children’s play area after concerns over youngsters playing ‘loud music’. Officers in Alsager were

Police name Stoke-on-Trent woman who died in A50 crash