‘Only Cheltenham can produce this kind of magic!’: Racing fans go crazy for Champ’s sensational finish to win the RSA Novice’s Chase… having been third (and out of the camera shot!) before incredible final flurry

By Nathan Salt For Mailonline

Champ’s breathtaking finish to win the RSA Novice’s Chase at Cheltenham on Wednesday left social media dumbfounded after the horse emerged from third 25 yards from the finish to take the win.

Racing fans thought Champ had left too much to do with favourite Allaho and Minella Indo battling with each other having been at the front for most of the closing stages.

But Nicky Henderson-trained Champ, ridden by Barry Geraghty, pulled out jaw-dropping speed at the end and one fan concluded that ‘only Cheltenham can produce this kind of magic!’

In what looked like a re-run of last year’s Albert Bartlett, Allaho and Minella Indo were prominent throughout, if both just doing a little more more than their riders perhaps wanted at respective stages of the race.

Coming down the hill towards the third-last there were nine runners still in with a chance, with the two Colin Tizzard inmates, Copperhead and Slate House, the first to give way.

Going to the final jump, some bookmakers had Champ as 100/1 for victory. 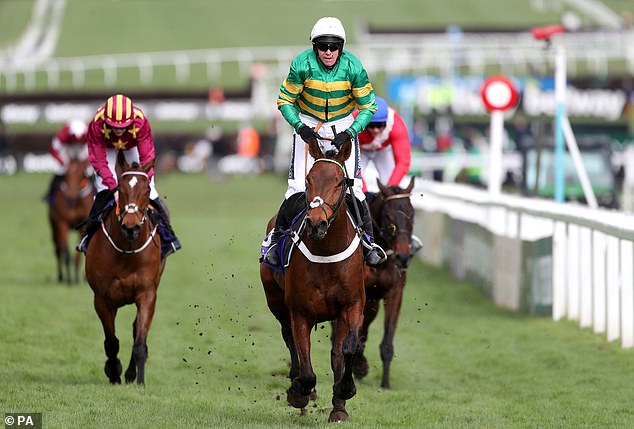 But in the end, all the talk was about Geraghty and Champ for what will be remembered as one of the great finishes at Cheltenham.

‘Incredible ride by the [goat]. Best finish at Cheltenham for a while,’ one fan wrote.

Another went and added: ‘Whatever Champs on, I want some of that, what a finish.’

While those in the grandstand and watching it on the television struggled to believe the speed at which Champ gathered in the closing stages to steal in for victory, Geraghty kept his composure as he reflected on another win at this year’s event.

‘He was on the back foot all the way. It was all about keeping a rhythm,’ Geraghty told ITV Racing.

‘I thought I had no chance jumping at the last.’ 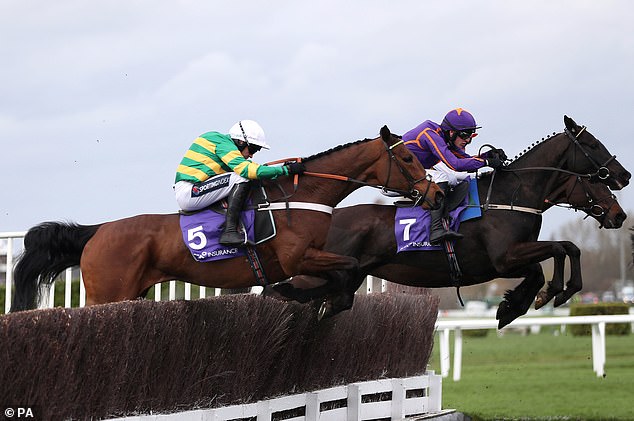 Henderson, the respected trainer of Champ, added: ‘It didn’t look very likely to happen, did it?

‘It looked like he was going to be an honourable third – I was watching the front two and all of a sudden he appeared in the picture. I was thinking, “how has he got here?”

‘He was 100-1 at the second-last and what price was he at the last? We had the Might Bite thing in this race a few years ago, so you’d have to say it’s been a strange race for me.’

Driver unhurt after car flips over into ditch

Runner ‘attacked with plate’ after bumping into car

Fund-raiser launched for family of boy, 12, mauled by two dogs