British racing is scheduled to return at Newcastle on Monday and a bumper entry of 369 suggests trainers can’t wait for the resumption.

Final declarations will be published on Friday, but SAM TURNER (Robin Goodfellow) has picked out five horses of interest from the entries.

A master of allowing horses to find their best form as they mature, Sir Michael Stoute appears to have an interesting staying proposition in Alignak (4.00).

Lightly raced to this point, the Sea The Moon colt posted a career-best performance when last seen at Kempton in the autumn and appears just the type to thrive and progress as a four-year-old in the forthcoming months.

Gelded since last seen winning smoothly at Doncaster last October, Caravan Of Hope (4.00) could well take residence in some of this season’s more prestigious handicaps in the weeks to come.

The step up to 12 furlongs and beyond has seen trainer Hugo Palmer begin to make giant strides with the Nathaniel colt and he could easily become a major player in races like the Ebor further down the line. I am fairly confident he will be rated higher than his current mark of 85 by the close of the season. 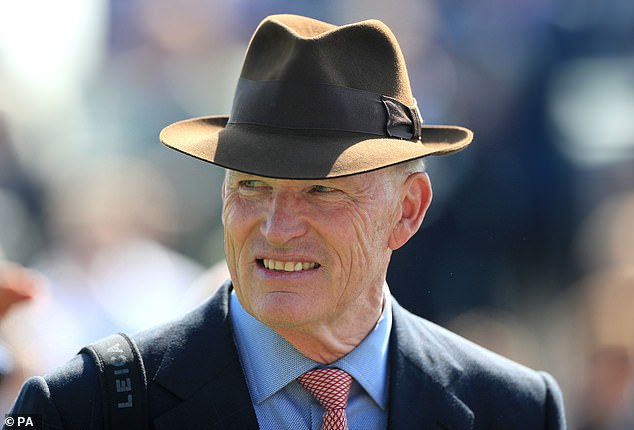 John Gosden has set his sights on success with Frankly Darling in the 10-furlong maiden (4.30)

It is well documented that John Gosden is happy to utilise the all-weather surfaces with a talented youngster so this daughter of Frankel catches the eye, entered for the closing 10-furlong maiden (4.30).

From the same family as the talented First In Line and Coronation Stakes heroine Rebecca Sharp, Frankly Darling made an encouraging start to life at Yarmouth last season over a mile and a step up in trip looks sure to induce further improvement.

Although he enjoyed jumps winners back as early as 2012-13, Cumbrian trainer Tristan Davidson has taken a little longer to warm to the delights of the flat, however 14 winners from 69 runners in the last couple of years is a handsome return and Heavenly Tale (1.00) looks an interesting new recruit for the yard.

Formerly racing under the Qatar Racing banner, the daughter of Shamardal was picked up for 10,000gns at the October Horses-In-Training Sale at Newmarket following three reasonable runs and her new connections should be able to find some joy with a well-bred filly rated just 63 this term.

One change during lock down has been the addition of Ed Crisford, son of Simon, to the trainer’s licence at Gainsborough Stables.

The father and son team look to have an exciting crop of unexposed horses to chart a course with this summer and WISE GLORY, a once-raced son of Muhaarar, certainly fits that criteria.

Well backed for his Beverley debut, he was hampered early on and could never find any rhythm before his class took him into third at the line. He is entered in the 10-furlong maiden and should find races this season (4.30).

M6 driver caught ‘watching a film at the wheel’