With four runners, Paul Nicholls is intent on winning Saturday’s Betway Handicap Chase and the redoubtable BLACK CORTON (Kempton, nap, 3.35) is fancied to be the best of the Ditcheat quartet.

The early markets favour the chances of stablemate Adrien Du Pont, who was a creditable third in last season’s renewal, five lengths behind winner Walt, when patiently ridden by Harry Cobden.

Cobden retains his faith in the eight-year-old this afternoon and it is not difficult to see why as a little respite from the handicapper and a two-month break should see him cherry ripe.

However, racing prominently can often be a major advantage on the chase track at Kempton and in Black Corton, Nicholls has a horse which adores the Sunbury venue and is also an extremely potent force once he has rested for more than 50 days.

The selection has only been beaten by Top Notch and Altior in four trips to Saturday’s venue (track figures read 1212), while his statistics when rested for more than seven weeks read an admirable 11111213.

He has also built up a fabulous association with Bryony Frost, who was on board when the gelding ran well in a competitive Ascot handicap before Christmas, a performance which came a fortnight after chasing home Native River at Aintree.

The desperate ground at Ascot would not have played to Black Corton’s strengths and, although the Kempton terrain may still be softer than ideal, it rarely becomes as deep there.

Some will feel Black Corton is handicapped to the hilt off a mark of 159 and that may prove the case. However, the figures suggest all three of his career-best displays have been achieved since his victory last spring at Sandown, which indicates he remains a force when circumstances are in his favour.

Last year’s gallant runner-up Double Shuffle is another for the shortlist as his campaign appears to have been geared to today’s contest and he could make a bold bid from the front.

A wind operation may well see Talkischeap (fifth last year) finish his race a little better than he did at Sandown on his comeback behind Santini, while the unexposed Whatmore could prove dangerous if his jumping stands up to the rigours of what should be a truly-run handicap. 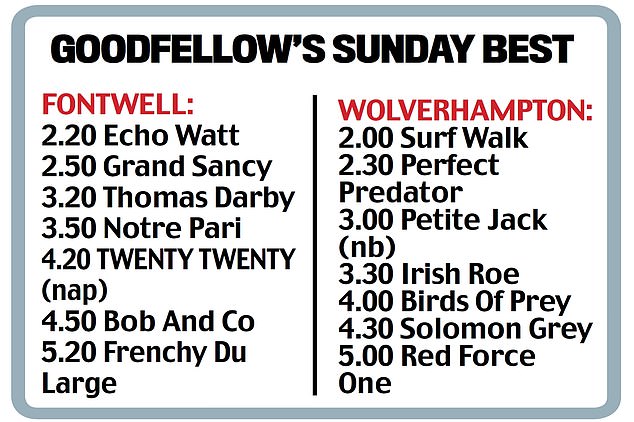 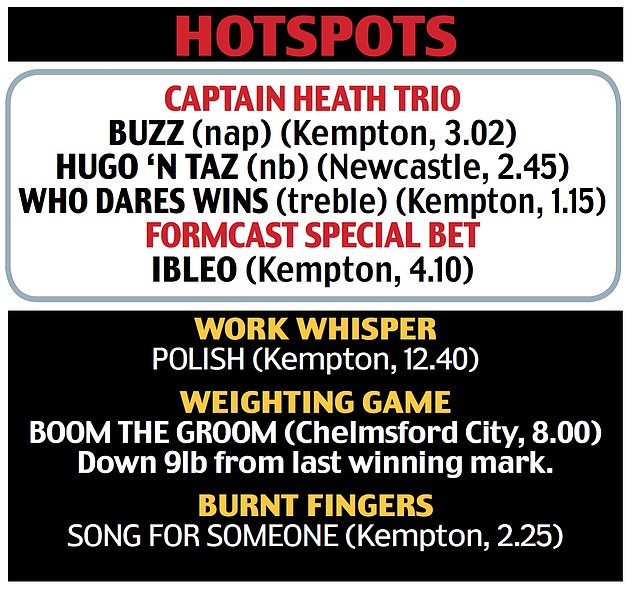 Three women charged with theft after £2,000 worth of stolen oil, baby milk and coffee found in car

Three women are due to appear in court today after £2,000 worth of stolen oil, baby milk and coffee was

Police use new HGV cab to spot unsafe driving on M6, A500 and A50 – this is what they found

100 music quiz questions and answers through the decades