Trainer Tim Easterby will be watching from his Yorkshire stable when Art Power attempts to win the opening Palace of Holyroodhouse Handicap — but don’t interpret that as any lack of confidence.

The rain that turned the Ascot going soft was a bonus for Art Power, who has won two of his three career starts including a five-and–a-half-length win at Newcastle on June 1, the day racing resumed after the Covid-19 shutdown.

His first win in 1998 was delivered by Flanders in the Windsor Castle Stakes. Romantic Myth won the Queen Mary Stakes in 2000 while Fayr Jag won the Group One Diamond Jubilee Stakes in 2004, 12 months after winning the Wokingham Stakes.

Easterby, who will be represented at Ascot by son William, said: ‘We have taken some very fast horses to Royal Ascot, including some two-year-olds.

‘We just haven’t had one lately but we know what it takes to win. Art Power is a very nice horse and in good order. The softer the ground the better.’

Easterby also had the option of running Art Power, the mount of Silvestre de Sousa, in the Group One Commonwealth Cup on today’s card but opted for the Palace of Holyroodhouse Handicap, one of six new races being staged at this unique behind-closed-doors running of the royal meeting.

Easterby added: ‘Five or six furlongs is not a problem to him but it was not a difficult decision. He was 3-1 favourite for one race and 16-1 for the other race.’

Meanwhile, trainer Roger Varian admits he is not sure how favourite Pierre Lapin will cope with the soft ground when he tries to justify favouritism in the Commonwealth Cup.

Pierre Lapin won both his races last season, including the Mill Reef Stakes at Newbury, on good to firm going. Varian, who yesterday took his tally this week to three wins after adding the successes of Mountain Angel (Wolferton Stakes) and Molatham (Jersey Stakes) to Wednesday’s win of Fujaira Prince in the Copper Horse Handicap, said: ‘It is always a concern when it gets this soft. He has never raced on it before. ‘He will certainly have to answer the question.’

Our team of experts dish out their selections below…

It will be interesting to see if the stands’ side draw bias still plays out with ART POWER in stall 19 likely to go off favourite.

The Dark Angel colt created an extremely favourable impression at York on soft ground as a juvenile and did little to dissuade the view he is a sprinter going places with a rout on his Newcastle comeback. He is no great price but looks a class act with conditions likely to suit.

Keep Busy should also appreciate easy ground and stays further than today’s trip, which should be an asset.

This is a crop of lightly raced juveniles and it is guesswork which one will be best suited by the ground. MOTHER EARTH is by the sire Zoffany, so she may cope better than most and she stuck to her task gamely at Navan on debut last week when runner-up.

She finished strongly that day so today’s step up in trip should be ideal and her chance is narrowly preferred to that of Flying Aletha and Golden Melody.

The former is likely to try to make all from stall three, which might help Golden Melody and Mother Earth gain a tow into the race.

Another juvenile event in which form and an ability to operate on soft ground are at a premium.

Eye Of Heaven impressed at Newmarket on debut and deserves his place at the head of the market if he can reproduce that level with very different underfoot conditions. In contrast, LIPIZZANER is proven with cut in the ground, will enjoy a strongly run five furlongs and boasts more experience than most courtesy of two Naas runs.

The Lir Jet bounced off fast ground at Yarmouth when the well-backed Nelson Gay was third, while Jojo Rabbit boasts soft-ground-loving relatives in his pedigree. 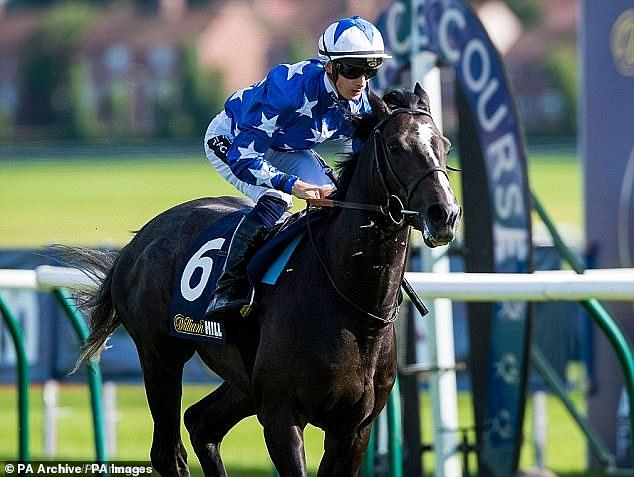 Anthony Van Dyck is likely to enjoy this test more than Elarqam given the latter looks happier over 10 furlongs these days, especially when conditions are testing. It will be interesting to see how Anthony Van Dyck has come out of the Newmarket race behind Ghaiyyath. That was run at a ferocious gallop and it would be no surprise if he was still feeling the effects. Defoe is another better suited by a sound surface, so MORANDO may enter calculations, with his form figures after an absence of 98 days or more reading 1131. He is a danger to all on genuine soft ground.

PIERRE LAP IN, a half-brother to crack sprinter Harry Angel, has two emphatic fast-ground victories to his name but connections are adamant he will prove just as effective with cut in the surface.

He will have the opportunity to test that theory here and is well positioned to lay the hoodoo of his sibling, who tried six times to win at this venue without any luck.

Golden Horde, trained by Harry Angel’s trainer, is a classy sprinter in waiting. He went through heavy ground when a fine third in Group One company in France last August and was runner-up to Earthlight in the Middle Park, which looks strong form. Fifth in last season’s Coventry Stakes when a 33-1 chance, Golden Horde has valuable track experience. Kimari should also go well, given she was runner-up in the Queen Mary Stakes a year ago when coping with easy ground.

After the way ART POWER won at Newcastle on his comeback, it would have been no surprise to see him in today’s Group One Commonwealth Cup. He looks a potential Group horse running in a handicap and the rain-softened ground boosts his case.

West End Charmer was a facile winner of a competitive Newmarket handicap 12 days ago. He has to carry a 4lb penalty for that victory but that should not stop the Mark Johnston-trained contender, who will be tough to peg back. 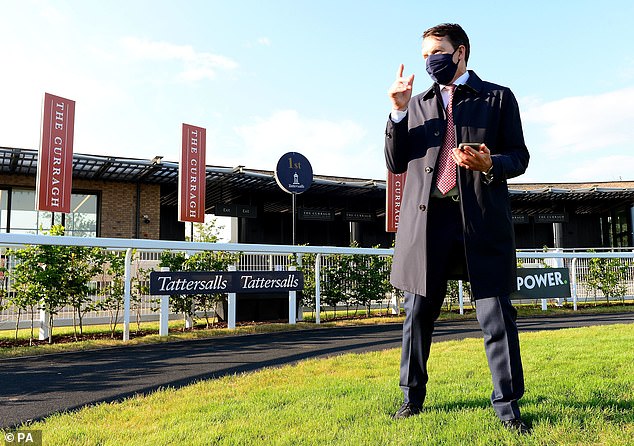 This should prove a real test for these three-year-olds, who are all trying this trip for the first time. Although Ryan Moore prefers Santiago of the Aidan O’Brien pair, NOBEL PRIZE should relish conditions having won on heavy ground at Naas (1m) on his final start as a juvenile. As a brother to Highland Reel and Idaho, this trip should be well within his grasp. Born With Pride, a winner on heavy ground on her Newmarket debut last autumn, was a non-runner earlier this week and connections appear to have done the right thing with the ground sure to suit.

A tough finale for punters and in the hope that INDIANAPOLIS steps forward from his Newmarket comeback, he is offered as a decent-priced choice. Trainer James Given has sent out 25-1 and 15-2 winners from a handful of runners since racing resumed and his five-year-old has a favourable wide draw and a number of excellent efforts on soft ground to suggest he is capable of running a big race. West End Charmer enjoyed the run of his comeback at HQ but may not dominate quite so easily here, so Durston and Deja could prove bigger threats.