Stradivarius can put himself among the staying legends of the Flat with a third straight victory in the Gold Cup (3.35pm) on day three of Royal Ascot.

Only two horses in history have won the Group One feature at the Berkshire track three times. Sagaro became the first to complete the hat-trick from 1975 to 1977. Then the great Yeats rewrote the history books with a fabulous four straight victories between 2006 and 2009 and has a statue in his honour by the parade at Ascot.

Our team of experts dish out their selections below.

The first-time cheekpieces are tried on HIGHLAND CHIEF who may boast a better chance than his odds suggest here. A winner on debut at Newbury over an insufficient five furlongs, the Gleneagles colt proceeded to chase home Pinatubo in the Chesham Stakes at this meeting 12 months ago before finishing well down the field in the Royal Lodge Stakes at Newmarket in September. However, Guineas winner Kameko was runner-up that day so the drop into a handicap could see the top weight go close. Any overnight rain will play to the strengths of Grand Rock who is also respected.

SIR DRAGONET and Fox Tal should both cope if ground conditions do ease significantly and narrow preference is for the former who finished fifth in last year’s Derby. A run at Naas in March will hopefully ensure the selection doesn’t suffer the fate of one or two of his stablemates this week in looking short of fitness. He wound up last season with a highly creditable fourth in the St Leger to Logician so looks capable of stepping forward again. Champion Stakes fourth Fox Tal is very useful at best, although he can be keen early on so would need to settle to realise his potential.

Classic form is represented here and the drop back from a mile at the top level to seven furlongs may help FINAL SONG and Monarch Of Egypt deliver huge performances. The former, a highly creditable fourth to Love in the 1,000 Guineas earlier this month, was third in last year’s Queen Mary Stakes following a debut win at today’s venue. She matched her career-best display at Newmarket despite fading after showing up well for the majority of the Guineas and this less severe test can see her go close. Monarch Of Egypt suffered a torrid passage in last week’s Irish 2,000 Guineas but finished full of running and looks a threat to all. 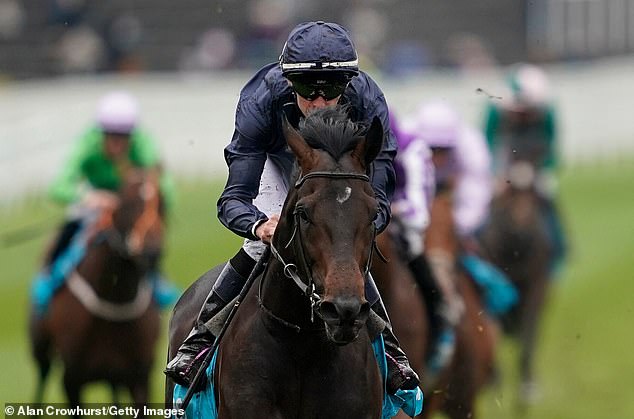 The majority of Aidan O’Brien’s runners have looked to improve for an outing since the resumption of racing so BATTLEGROUND may display the benefit of an encouraging Naas introduction earlier this month. Drawn on the wide outside, the selection attracted money at big prices to suggest he was quite highly thought of and, although he couldn’t land a blow, he made enough late gains to vindicate the view that he is a talented juvenile and worth the interest. Golden Flame, narrowly beaten at Haydock last week, and Bright Devil, who won at Newmarket a fortnight ago, are perceived to be the chief threats.

This has been a far from normal preparation for STRADIVARIUS as he strives to surpass the achievements of some of history’s great stayers and win a third Gold Cup. The likes of Ardross, Le Moss and Royal Rebel managed two wins apiece, but victory for John Gosden’s remarkable son of Sea The Stars will ensure he joins and moves to within one of the legendary Yeats. The betting suggests it is a straightforward task for the reigning champion. However, a run on fast ground over 12 furlongs at Newmarket behind Ghaiyyath would not have been Gosden’s chosen route and there is a chance that race, run at a brutal gallop, could have left its mark. Hopefully, that won’t be the case and Stradivarius and Frankie Dettori can execute another Gold Cup-winning display. Nayef Road may outrun his odds and chase home the title holder.

FOX TAL only made it on to the track twice last season but he looks capable of big things this time around. His excellent fourth to Magical in the Champion Stakes gives him a great chance of a winning comeback.

FINEST SOUND was an impressive wide-margin winner of a Haydock handicap last week. On that much improved form, the Andrea Atzeni-ridden gelding looks a good bet to defy his penalty.

A high numbered stall has been a marked advantage all week and although that might change if rain does materialise, FINEST SOUND still appears well berthed in stall 17. A wind operation appears to have produced a well-handicapped horse judged on the selection’s impressive Haydock comeback and, as he has twice handled easy ground well in a four-race career, any thunderstorms shouldn’t compromise his chance. The John Gosden-pair Verboten and Enemy appear to be serious dangers, especially the latter who looked like he was crying out for a mile on his Yarmouth comeback.

The decision to hand the John Gosen-trained AFRICAN DREAM a mark of just 80 looks an error by the assessor. Unless conditions change markedly, the daughter of Oasis Dream could well take some stopping. A narrow Newbury defeat a week ago in a strong time by the talented Stylistique, herself well regarded, looks very solid form, so it is perhaps surprising to see her residing at the foot of the handicap for this event run over one mile. Soffika and Declared Interest look the chief dangers, while Waliyak, with David Egan on board, could also outrun her price with her yard among the winners.

M6 driver caught ‘watching a film at the wheel’