Continuing a fine Festival for Elliott as well as jockey Barry Geraghty and owner JP McManus, Sire Du Berlais (10-1) was revitalised by wearing blinkers for the first time.

The Storyteller, Sire Du Berlais and Tout Les Permis jumped the last virtually together, and it was the first two from the Elliott stable who pulled away. 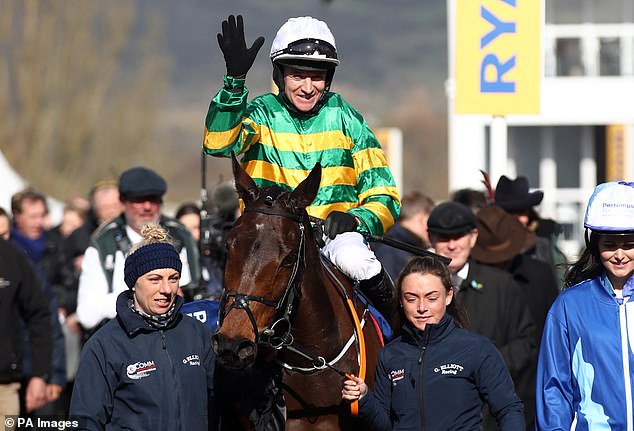 Sire Du Berlais, carrying top-weight, got on top close home to land the spoils by half a length. Tout Les Permis was six and half lengths away in third place, with Third Wind fourth and Relegate a never-nearer fifth.

When asked which one he was shouting for, Elliott said: ‘I didn’t care, both of them ran well and the horses are running out of their skin.

‘He won it a bit easier than last year, the blinkers help him travel that bit better. 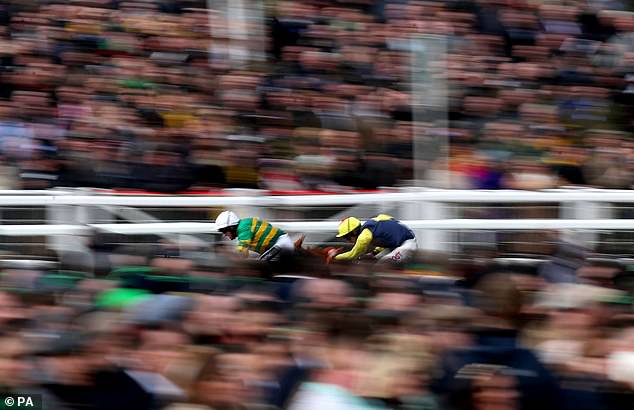 ‘I’ll have to talk to the owners and see what he does next. The Storyteller ran a brilliant race too and had no excuses. I’d imagine we could look at Punchestown for both.’

Geraghty said: ‘I know he’d 11st 9lb last year, but even with 11st 12lbs he had a chance. The Storyteller was the horse I was afaid of. I had to push the ears of him most of the race last year, but he travelled great this year and I could ride a race and was able to deliver.

‘There’s nothing better than riding winners at Cheltenham.’

26 award-winning beauty spots you can visit this weekend