‘He captured the public’s imagination like no other animal I have been associated with’: Trainer Mark Johnston pays tribute after Double Trigger dies aged 28

Popular stayer Double Trigger has died at the age of 28.

Trained by Mark Johnston, the son of Ela-Mana-Mou won 14 of his 29 races including the Gold Cup at Royal Ascot in 1995.

He also won three Goodwood Cups and three Doncaster Cups, as well as landing both the Henry II and Sagaro Stakes twice.

The Middleham trainer told his official website: ‘Double Trigger died yesterday in his paddock at John and Sarah Haydon’s Clarendon Farm in Wiltshire. He was 28 years and 11 months old. A great age for a thoroughbred horse.

‘It is only a few weeks since videos were distributed on social media of him cantering around the paddock and cavorting like a young thing. He was in rude health till the end. What a way to go.

‘It seems that, no matter what champions I trained or might be lucky enough to train in future, I will always be remembered more for having trained Double Trigger than for anything else. He captured the public’s imagination like no other animal that I have been associated with, and rightly so. 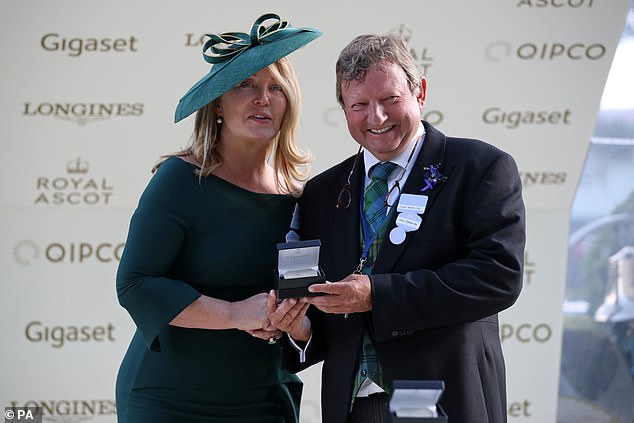 ‘His wins included three Goodwood Cups, three Doncaster Cups, the Ascot Gold Cup, and the Italian St Leger. He was third in the real St Leger on just his fourth career start and he also finished runner up twice in the Ascot Gold Cup.

‘His career as a stallion inevitably revolved around jump racing and he didn’t scale any great heights – few, if any, stayers do these days – but it was a long and productive career at stud with the couple who kept him in his retirement.’

A Stoke-on-Trent school has reintroduced face masks in the wake of rising numbers of coronavirus cases. Thistley Hough Academy, in