Usually an appetiser before the main event, the virtual version of the world-famous steeplechase takes centre stage on Saturday.

There is a story that before the race, 100-1 shot Tipperary Tim’s amateur jockey William Dutton was told by a friend, ‘Billy boy, you’ll only win if all the others fall’. If it’s true they proved prophetic words as 42 faced the starter but Tipperary Tim was the only one to complete the race without mishap.

Most of the damage was done when Easter Hero fell at the Canal Turn on the first circuit, causing a pile-up from which only seven runners emerged.

With two to jump, only three could win but the saddle slipped on Great Span, who looked to be going best. That left Billy Barton in front only for him to fall, although he did remount to finish the race.

Watching the grainy, black and white footage, the fences look like mountains compared to today. Tipperary Tim was a fluke winner but one who augmented the National’s unpredictable reputation. 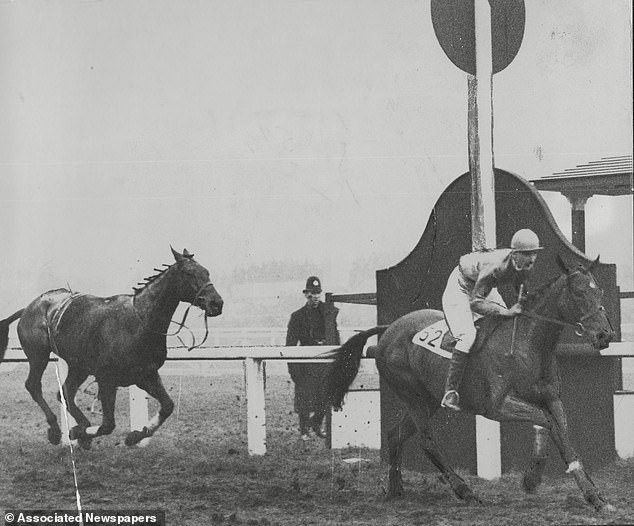 Described as ‘God on four legs’ by one racing journalist, Golden Miller’s record makes him a steeplechasing icon and his 1934 exploits are part of his legend.

An estimated 250,000 spectators gathered at Aintree to see the horse, who won a record-breaking five Cheltenham Gold Cups, become the one and only horse to win that race and the Grand National in the same season. He did it in style carrying 12st 2lb to beat Delaneige, who was receiving 10lb, by five lengths.

It was the only time Golden Miller, who was owned by eccentric heiress Dorothy Paget, would complete the Grand National course in five attempts.

The record books show that E.S.B. won the race but the 1956 running was ultimately all about the horse whose name has become synonymous with throwing away almost certain victory.

No-one will ever know why Devon Loch sprawled onto his stomach when clear 50 yards from the line. Some felt, exhausted, he tried to jump an imaginary fence – the water jump was at the other side of the running rail.

His jockey Dick Francis, who would later forge a career as a journalist and thriller writer, believed his mount was frightened as deafening cheers swept from the grandstand as spectators thought they were witnessing a royal winner with Devon Loch carrying the colours of the Queen Mother.

The only certainty is that what happened to Devon Loch made him more famous than if he had won the race. 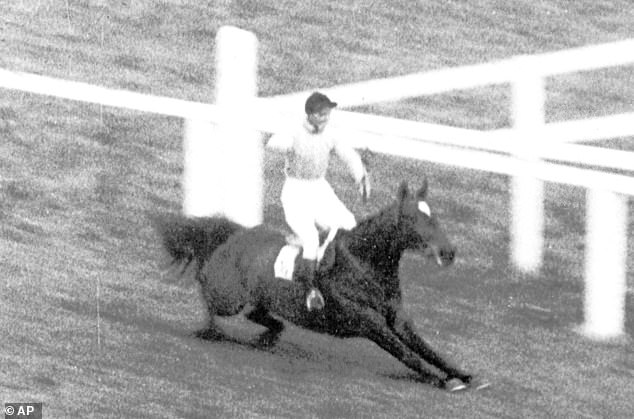 When the 1971 Grand National is the first you can remember watching live, little wonder you develop a fascination with the race having witnessed one of the greatest ever finishes.

It was the mare Sandy Sprite who jumped the last fence in front having disputed the lead since Beau Bob unseated his jockey at Becher’s Brook on the second circuit. But the Ron Barry-ridden mare would only finish fifth.

Less than five lengths covered the first five home and it was 28-1 shot Specify, ridden by John Cook and trained by John Sutcliffe Snr who had jumped the final fence in fifth place, who found a charmed run up the inside rail to beat Black Secret a neck. 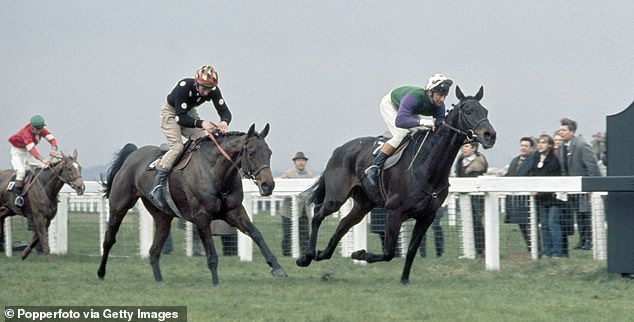 The race which saw the start of the Red Rum Grand National legend but also one of the most compelling and ultimately agonising renewals with the defeat of Crisp.

The giant Australian-bred horse was a two-miler – he had won the Queen Mother Champion Chase at the Cheltenham Festival – but he tried to blitz his rivals over four and a half miles.

Leading after a prodigious leap at Becher’s Brook on the first circuit, Richard Pitman’s mount was around 100 yards clear at one stage.

But distress signals finally were sent out at with an awkward jump at the second last. Half-way up the long, painful run-in, Crisp was running on fumes and was cut down and beaten three-quarters of a length by his terrier-like pursuer Red Rum, who was receiving 23lb in the handicap. 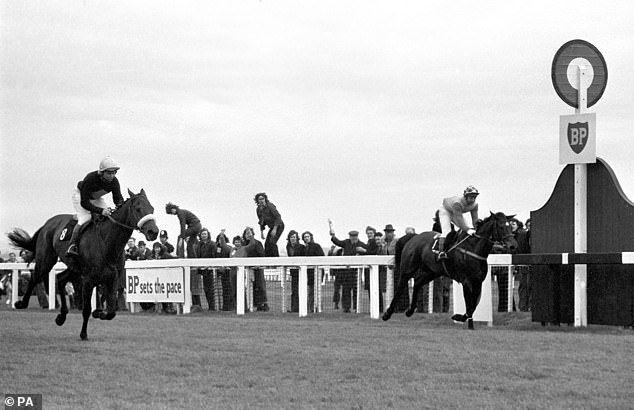 There is plenty of debate about the Grand National but naming the greatest National horse of all time is probably quite easy. The Ginger McCain-trained gelding who won the race three times and finished second twice.

Red Rum may have had to share the limelight with Crisp in 1973, but when he became the first horse to win the race three times with a 25 length win from Churchtown Boy, he had the stage literally to himself.

Maybe, Red Rum enjoyed a stroke of luck when Andy Pandy fell at Becher’s second time when going well out front but Red Rum did what Red Rum always did at Aintree, jumping with trademark agility and galloping with relentlessly onwards.

A foot injury a week before the 1978 running sent him to retirement but in five Grand Nationals, he had jumped 150 fences and beaten all but two of his 180 opponents. 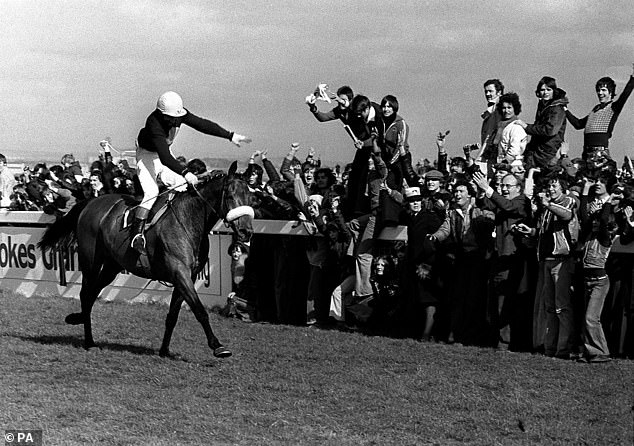 In five Nationals, Red Rum had jumped 150 fences and beaten all but two of his 180 opponents

A tale of triumph over adversity. The bare facts of the result are that Aldaniti beat Spartan Missile by four lengths with Royal Mail a further two lengths back in third.

But this was about the back story as much as the race. Winning jockey Bob Champion had been inspired by the thought of riding the chestnut with the big white blaze throughout arduous chemotherapy after being diagnosed with testicular cancer.

The only problem was that Aldaniti was injury prone. He was injured for the third time while his jockey was being treated meaning he was also convalescing for a year.

But the comeback kids created one of racing’s greatest ever sagas together, one which inspired the movie Champions. 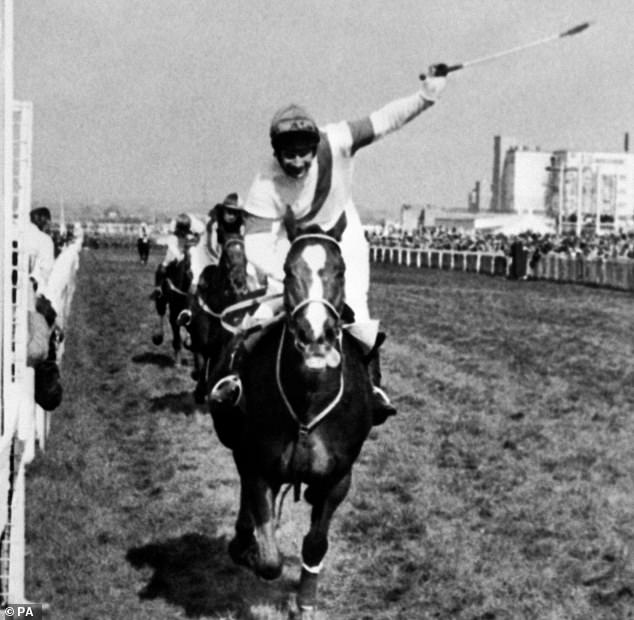 Down but not out. When Brendan Powell’s mount blundered at Becher’s Brook (sixth fence) on the first circuit and sprawled on his stomach his race looked over.

Reduced to a walk, Rhyme N’Reason was last of the 33 remaining runners yet five fences from the finish he was in front.

The recovery effort looked to have taken its toll when running to the second last fence with Durham Edition going best and in front. Yet the David Elsworth-trained gelding dug deep into his reserves again to get back to the lead in the last 100 yards.

He was the horse who lost the Grand National twice yet still won it. 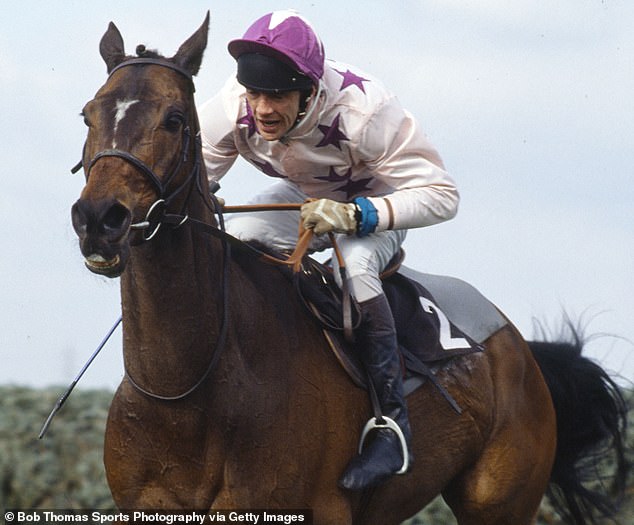 Not so much about the horse, gallant though he was. This was all about the man who rode him. Plenty of top jockeys have found he Grand National elusive and after 14 losers it looked that might even be the case for the all-conquering Sir Anthony McCoy.

But at the 15th attempt, he cracked it on the Jonjo O’Neill-trained gelding, who beat Black Apalachi five lengths. It was a popular win for punters too. In the final few hours before the race, Don’t Push It had halved in price to 10-1 joint favourite and for the Grand National it was a relatively smooth race, with only a minor error at the 26th fence.

The enduring image is McCoy, his frustration released as he euphorically roars towards the crowd as he crosses the winning line. 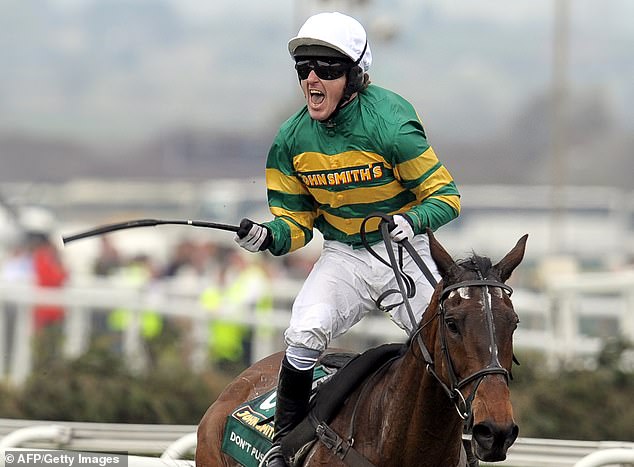 Not so much about Don’t Push It, gallant though he was. This was all about man who rode him

There is something Red Rum-like about Tiger Roll, a nimble gelding who is light on his feet and just keeps going and now he has two Grand National wins to his name.

The sight of him cruising to the front last year looking totally in control before beating Magic of Light two and a quarter lengths cannot fail but beg the question of what might have been had he been able to run in this year’s race even under top weight.

It certainly looked the best Grand National effort this century and probably since Red Rum.

There was a slight stumble to cope with at the 25th fence but the Aintree challenge seems the perfect fit for an unremarkable little horse who has achieved something remarkable. 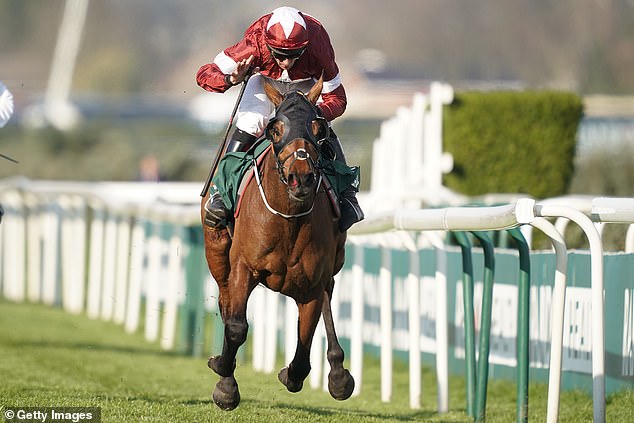 Which division should Port Vale be in? What’s our natural home? For me, we are a bigger club than League

Police arrest seven football fans as officers swoop at 5.30am