Aramax saw off a stern challenge from Night Edition to land the Boodles Juvenile Handicap Hurdle at Cheltenham on day two.

Trained by Gordon Elliott, Aramax (15-2) was providing Mark Walsh with a first winner of the week.

He suddenly appeared on the scene travelling very powerfully running down to the second-last flight – but had to be tough at the finish, as David Pipe’s Night Edition was produced with a timely run by Tom Scudamore. 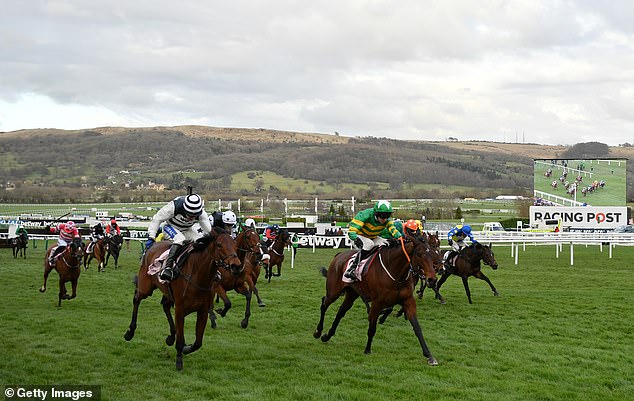 The heavily backed favourite Palladium was never in contention, having been forced to pull out midway through the race.

Earlier on in the day, Easysland denied dual Grand National hero Tiger Roll a fifth Cheltenham Festival success as he ran out an impressive winner of the Glenfarclas Chase over the cross-country course.