By Luke Augustus for MailOnline

We have our first winner at this year’s Cheltenham Festival following the conclusion of the curtain-raiser in the shape of the Sky Bet Supreme Novices’ Hurdle.

Shishkin, trained by Nicky Henderson, beat the pack to win ahead of Abacadabras in second via a photo finish.

The six-year-old, ridden by Nico de Boinville, edged his duel with Abacadabras after the last in an eventful edition of the novices’ extended two-mile championship. 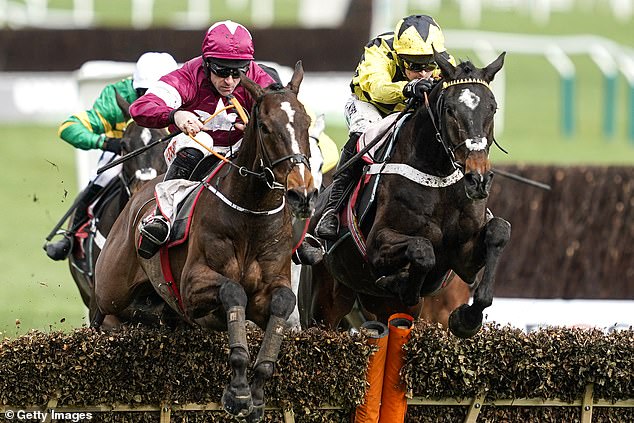 The six-year-old, ridden by Nico de Boinville, edged his duel with Abacadabras after the last 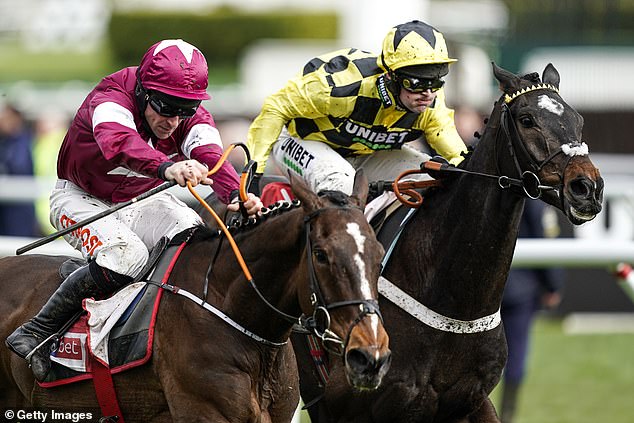 It came down to a photo finish that confirmed Shishkin as the winner in the 1.30pm race 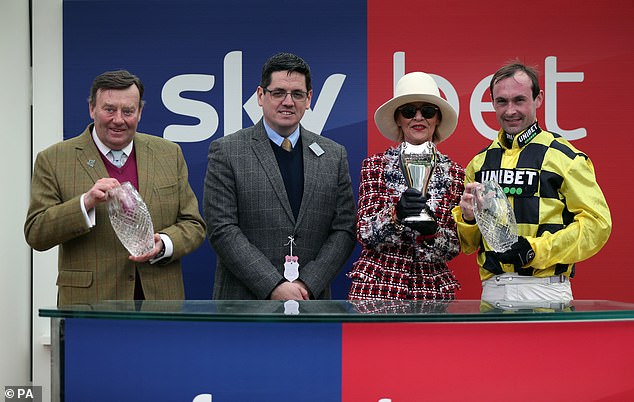 Trainer Nicky Henderson (left), De Boinville and their team are presented with their trophies

The 6-1 shot was headed on the run-in and found himself almost half a length down to Gordon Elliott’s challenger at one point, before rallying to win by a head – with Henderson’s Chantry House 11 lengths back in third.

De Boinville managed to avoid interference as long-time leader Asterion Forlonge jumped out to his right at the second-last – cannoning into Elixir D’Ainay, who fell and brought down Captain Guinness.

De Boinville said: ‘It wasn’t a very nice experience, to be honest – everything that could go wrong did go wrong. It just shows what a fantastic horse this is going forward – he has got so much ability, and I’m looking forward to him going chasing.

‘That’s his first time in a big field like that in front of a big crowd – it was just a case of finding where and when he could travel. I pulled him back down the hill just to give him a bit of light and get him back on the bridle, and then he’s just taken me into the straight.’ 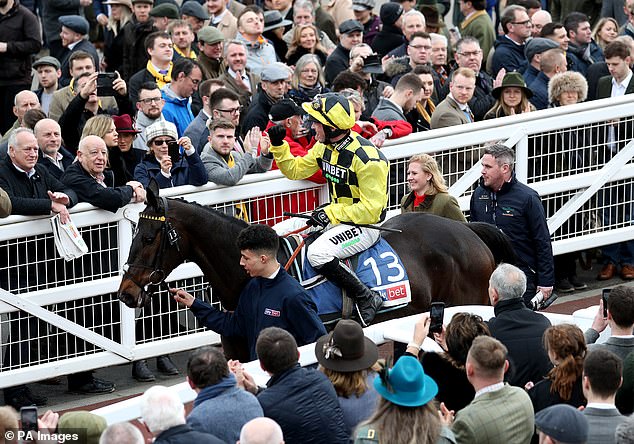 Good afternoon from Vale Park. Port Vale are looking to get back into the automatic promotion places after dropping a