Connections will wait until much closer to the time before deciding which race Thyme Hill will contest at the Cheltenham Festival.

Third behind the Irish-trained pair of Envoi Allen and Blue Sari in last season’s Champion Bumper at Prestbury Park, the Philip Hobbs-trained six-year-old has established himself as one of Britain’s leading novice hurdlers this season with three successive wins.

Thyme Hill completed his hat-trick in the Grade One Challow Novices’ Hurdle late last month and is set to head straight to the showpiece meeting in the Cotswolds – but whether he lines up for the Ballymore Novices’ Hurdle or the longer Albert Bartlett remains to be seen.

Hobbs said: ‘Thyme Hill is is absolutely fine. He is not the most robust horse, though he is better than last season.

‘He wouldn’t be physically as tough as some and as a result it makes sense not to run him before Cheltenham, so we are giving him a nice easy time at the moment. We will get some more condition on him before building up towards Cheltenham.

‘My first reaction having watched the Challow is that it wasn’t as good a performance as his previous runs over hurdles. However, Richard disagreed and thought he was slightly outside his comfort zone going as quick as they did. As a result his jumping at times wasn’t as good as it could be, as in other races he has jumped better.

‘Hopefully the race will have taught him a fair bit and he will improve for that. He will have the two options (at Cheltenham), but I wouldn’t think the Albert Bartlett will be very likely if it is very soft, as I’m not sure he would want a slog.

‘The ground will be an important thing, so there is no point deciding at this stage.’

A potential dark horse among the novice hurdle ranks is the JP McManus-owned Sporting John. 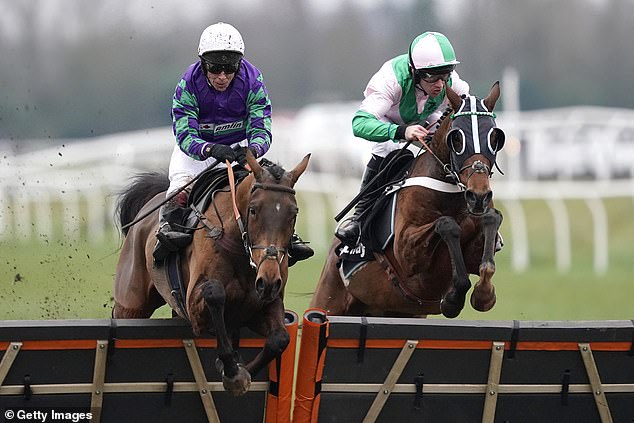 The Irish point-to-point graduate has registered back-to-back wins at Exeter and is set for a step up in class.

‘He will either run at Cheltenham on Saturday week or there is a Listed novice hurdle at Exeter a fortnight afterwards. The Cheltenham race is over two-and-a-half and might come too soon,’ said Hobbs.

‘He would have needed his first run at Exeter, as he is quite a gross horse. The handicapper gave him a rating of 146, so he can’t run in an ordinary handicap, as he has not had three runs. It would have to be in a class one or two handicap. 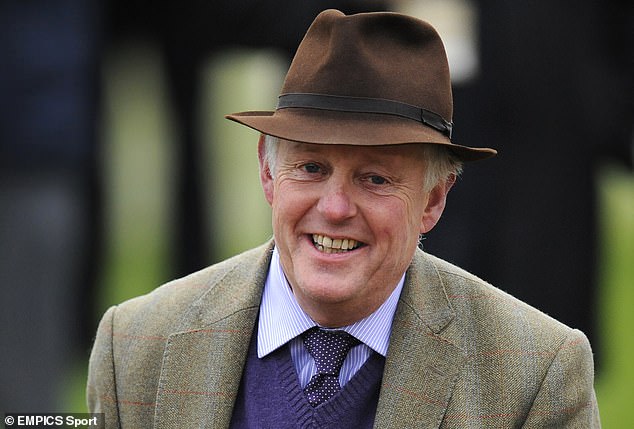 Philip Hobbs said: ‘He is not the most robust horse, though he is better than last season’

‘He won a point-to-point before he came to England, so you imagine he would stay. Certainly the way he was won his two races you would think there is no problem going further, but he has won both of his races over two-mile-one, so he is not slow either.’

The Betfair Hurdle is the next objective for the more experienced Gumball.

The Terry Warner-owned grey could finish only sixth in the International Hurdle at Cheltenham on his latest start, but Hobbs is hoping for an improved performance at Newbury, which could earn him a shot at Champion Hurdle glory.