The BBC‘s voice of racing is in the final furlong of his career with the corporation, and admits it will hurt when he crosses the finish line at the end of next month.

‘In some ways I feel the insides have been torn out of me,’ concedes Cornelius Lysaght as he prepares for the start of his last Cheltenham in the job.

The Beeb’s management have decreed that, come Sandown late in April, there will be no more of his throaty, distinctive reportage that is imbued with a natural authority.

Clearly it is not just listeners – racing fans and agnostics alike – who will miss him. While we talk two good luck messages ping in from BBC colleagues in other sports, one of them from Ian Dennis, the venerable football commentator.

‘I’ve had a lot of text messages like from Ian and it means a lot. I have many good friends there,’ says Lysaght, clearly touched while also trying to be cheerfully resilient.

‘About five years ago I started a dinner with colleagues and called it, tongue-in-cheek, the dinosaur dinner. Little did I know that the dinosaur joke would come back and bite me in the arse.’

It is just after breakfast, and by this time Lysaght has already done two-ways with twelve different local radio stations, plus slots on Radios Four and Five.

Such work rate and expertise has been deemed surplus to requirements by those higher up the broadcaster’s labyrinthine food chain, with their preoccupation for reaching the elusive 18-34 age group.

Lysaght is not being directly replaced, which partly reflects the arguable perception that racing’s place in the public consciousness has slipped. 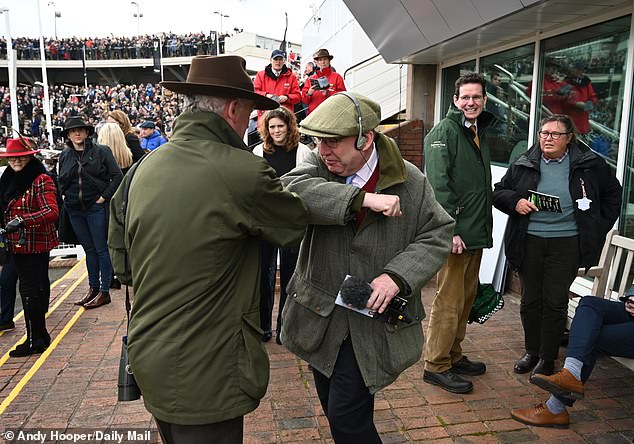 You wonder, also, how much it has to do with the liberal-metropolitan mindset that informs BBC thinking. A sport that is essentially rural, which has associations with fox hunting and gambling, may be viewed as having a certain wickedness from the salons of urban London and Manchester.

Lysaght is going as part of what he describes as a ‘changing of the guard’ in the sports department. Others gone or fading away include Mark Pougatch, Jonathan Overend, Alan Green and Garry Richardson.

A slight variation on that theme has been the recent cessation of popular BBC podcast The Cut, which has irked its devoted golf following.

Unlike Green from earlier this week, Lysaght is less inclined to bellyache about his soon-to-be former employer. Indeed his love of working for the corporation is why he knows next month will be difficult.

‘People have asked me if I wouldn’t want to finish at the Grand National, but it will be an emotional enough day for me already,’ he says. ‘I find goodbyes really hard in normal life. I cry pretty easily.

‘We have seen so many dramas at Aintree over the years, if there’s a big story with a lot of fallout I can’t say “I’m not doing it because I’m leaving” so it’s better to wait. 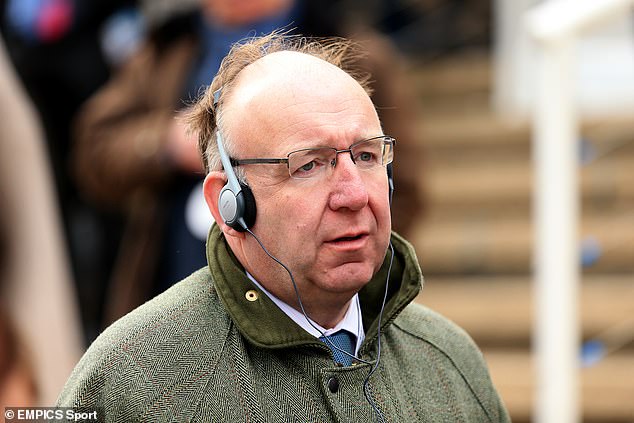 ‘I was one of the bright young things 30 years ago when there were also changes. Some people who were around then were a bit disappointed. I’ve been working for 39 years overall, even though I’m only 55. People think I’m older because of my bald head, and because I’ve always been a bit of young fogey. Not quite Jacob Rees Mogg, but I know where he stands.

‘It’s exceptionally sad for us and personally I think it’s sad for the BBC. There is nothing wrong with experience – I hope if it is good radio it doesn’t matter whether you are 20 or 90 years old.

‘In my case I think it’s very sad for the sport because I believe that I have been a standard bearer for horse racing. Not a cheerleader because there’s a lot wrong with it, but I have made sure its story has been told, in a user-friendly way.’

That seems to be recognised, judging by the way he criss-crosses the parade ring in the afternoon, where everyone appears to be a contact or acquaintance. It is not a world that he will be leaving, although he does not yet have firm plans.

‘I’ve got a few ideas, irons in the fire. But I’m not going to be banging on doors to be back in the media scrum that I’ve loved. 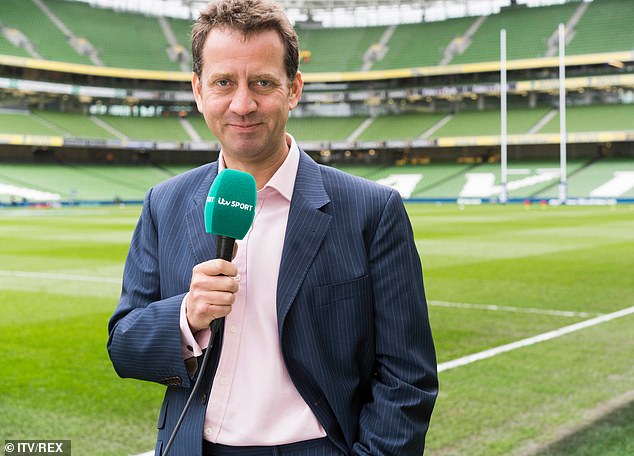 ‘The jumps have been my passion, that’s how I got into the sport, through my father and my Godfather. He gave me a big book of racing silks when I was a child and that was it. I grew up on Hereford and Chepstow racecourses.

‘I love everything to do with jumps. The original steeplechase in Ireland ended in Doneraile, which is where my family is originally from.’

Certain people and animals have a place in his heart: ‘Adrian Maguire was a favourite, the best never to have been champion jockey. He always bounced back from injury, and he was a bit dangerous on a night out.

‘I loved Denman. There was this “who are you for, Denman or Kauto Star?” I admired Kauto but I loved Denman. One of the few times I’ve been tearful when working was when he came second at Cheltenham in 2009 after all he had been through.’

Lysaght does not shout nor drop his consonants, habits which the BBC hierarchy suppose may be appealing to the younger generation. Nor is he blind to racing’s shortcomings.

‘Cheltenham, Aintree and Ascot are bigger than ever. But some of the rest of the time it can be a struggle to get racing on air. Something I would like to address, going forward, is how to make it more relevant.’