All the focus pre-race was on Sprinter Sacre’s brother Flinteur Sacre and he ran well in second place. But he could not lay a glove on Ben Pauling-trained Your Darling who comfortably won by three and a quarter lengths.

Knight bought Your Darling for her brother in law Lord Vestey having sourced him from the Costello academy in Ireland where she also found Best Mate.

Knight said: ‘They didn’t want to sell and wanted to run in a point-to-point but it went firm so fortunately they didn’t and we bought him. We had a hell of a job to get him. I knew he was good. He’s the best I’ve had since Best Mate. I am excited by this horse.’

Your Darling immediately received quotes for the Champion Bumper but Knight virtually ruled out that target.

Knight added: ‘We wanted to run him over hurdles. But when Ben’s horses were not running well (before Christmas) we wrapped him up until his horses were right. It was then too late in the season to have a proper novice hurdle campaign so we had to give him a run in a Bumper.

‘He can start hurdling next Autumn – jumping is his game.’ 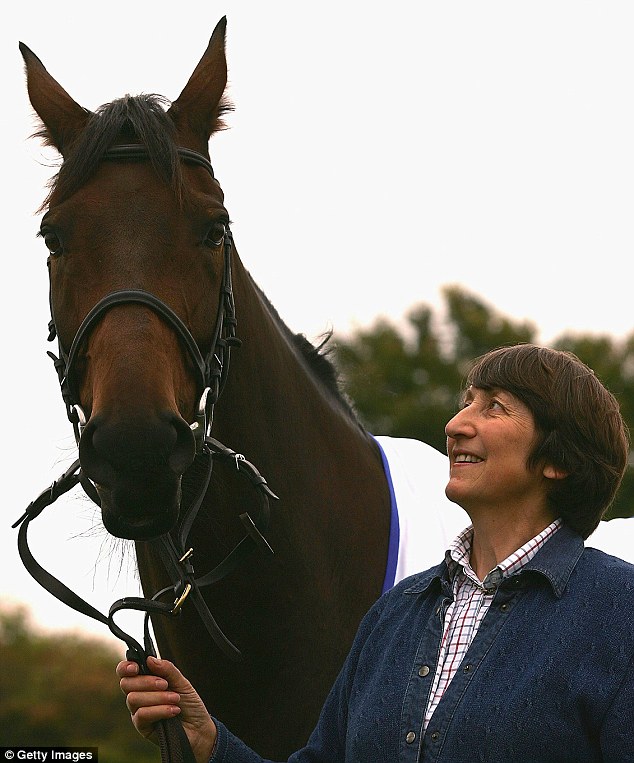 Pauling added: ‘He won’t run in a tin pot Bumper but it won’t be the Festival Bumper. He’s proper horse, probably as good as I’ve had.’

Meanwhile, Shiskin is as short as 9-1 for the Supreme Novices’ Hurdle after injecting some serious momentum into his season with a 11-length win in the MansionBet Proud To Sponsor British Racing Novices’ Hurdle.

The six-year-old has long been touted as one of the hotshot novice hurdlers in the Nicky Henderson stable but he only got as far as the second hurdle on his seasonal debut at Newbury in December.

But the Nico De Boinville-ridden Shishkin, the 7-4 favourite, made no mistake when pulling clear of Shakem Up’Arry, who was watched by owner Harry Redknapp.

In victory, Shiskin, who races in the colours of Joe Donnelly who also owns 2019 Cheltenham Gold Cup winner Al Boum Photo, demonstrated an impressive turn of foot in bog-like ground.

The speed he showed looked like he was made for the two-mile Supreme Novices’ Hurdle but Henderson refused to rule out a shot at the five-furlong longer Ballymore Novices’ Hurdle.

The trainer said: ‘Nico said it was like he learnt something because he was quite gassy and wanting to take the world on (on his first run) whereas as today he was beautifully relaxed. It was all very smooth.

‘Not many would quicken up out of that ground. You’d have to be impressed. He has got gears but he might need two-and-a-half miles. I won’t promise he is going for the Supreme.

‘I would like to get another run into him. To be fair, that’s his first run over hurdles this season or his first run plus one hurdle! He won his Bumper on his good ground so he is versatile on that score.

‘I am not frightened to find a nice little race – it is experience he needs.. The Sydney Banks Hurdle (at Huntingdon) in mid-February would do.’

The majority of people using a £100,000 BMX track are not behind anti-social behaviour at the site, a local MP