The identity of Knight’s client had been a closely-guarded secret but she exclusively revealed to Racemail that she will be working alongside Grech to re-build his National Hunt portfolio following the well-documented conclusion to his partnership with Stuart Parkin last year.

Knight, who trained legendary Best Mate to win the Gold Cup three times, said: ‘Mike and I met some months ago with a view to me buying and then managing horses for his proposed new string.

‘We have met a number of times since and get on well and I trust him. He always wanted to get back into racing and loves the Irish scene so will be represented there.

‘Our new venture won’t interfere with my buying for other clients or detract from my home activities which mostly entail schooling and jumping horses for owners and trainers. Teaching horses to jump correctly has always been one of my passions in life and I am proud of my facilities.’

Asked if there was more pressure preparing a Gold Cup winner like Best Mate or identifying and buying expensive new talent for Grech, Knight quipped: ‘There is definitely more pressure spending someone else’s money!

‘I think Best Mate cost less than £100,000 and things have changed an awful lot since those days.’ 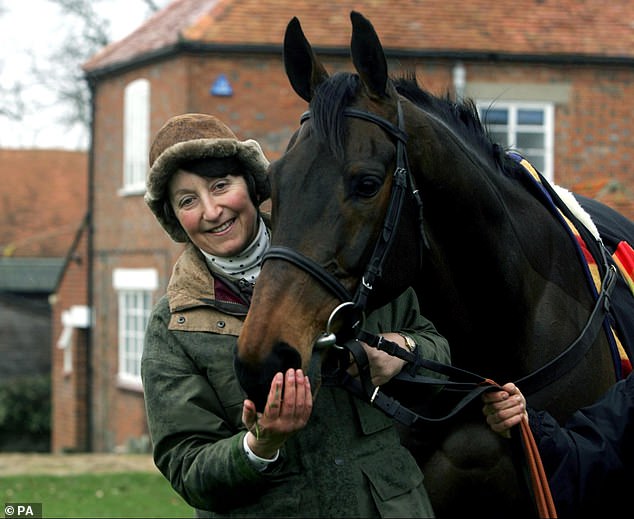 Grech and Parkin owned a number of high-quality jumpers in collaboration, with their colours carried to victory by the likes of River Wylde, Claimantakinforgan and Mr Whipped.

However, a series of unfortunate injuries and results meant a change of direction for Grech and a dissolution of the partnership led to a dispersal sale last spring.

The Mancunian currently has five new recruits – sourced by Knight – and the quintet will run under the banner of CM Grech Racing, two of which will be housed with Nicky Henderson, while Irish trainers Joseph O’Brien and Gordon Elliott will also feature on the roster.

Grech said: ‘I had a very, very good time of it with Stuart but it was time to take a step back and reassess things.

‘I have always held a strong motivation to go to Ireland with horses as I love the trainers out there and have loads of respect for what they achieve.

‘Hen has always been a person I have respected a great deal. She was always a person I had in mind as someone I wanted to work alongside as she has achieved so much in racing and her knowledge and experience are invaluable.

‘The work she does behind the scenes before she even thinks about buying a horse is incredible. Moving forward, I’m hopeful we can put together a select, but powerful team.’