Sizing John is on course to try to reclaim the Paddy Power Irish Gold Cup on February 2.

The Jessica Harrington-trained gelding took the Leopardstown showpiece in 2017 as a stepping-stone to winning the Cheltenham Gold Cup the following month.

Though he went on to lift the Punchestown Gold Cup and the John Durkan Memorial Chase later that year, little has gone right since.

He had two years off after being well-beaten in the Leopardstown Christmas Chase and only returned over hurdles at Punchestown on New Year’s Eve, when he was running a race full of promise before falling at the third-last flight.

Harrington has decided against running him at Thurles on Sunday in the Horse & Jockey Hotel (Kinloch Brae) Chase and will wait for the Irish Gold Cup.

‘Sizing John won’t be going for the Kinloch Brae and will go straight to Leopardstown. He’s good now,’ she said.

Stablemate Supasundae will also be in action for the first time since May that weekend, in the PCI Irish Champion Hurdle which he won in 2018 and was second last winter.

‘Supasundae goes there as well for the Irish Champion Hurdle. Then with luck I can run him in the Red Mills before going to Cheltenham – get a couple of runs into him, which should be a help.’ 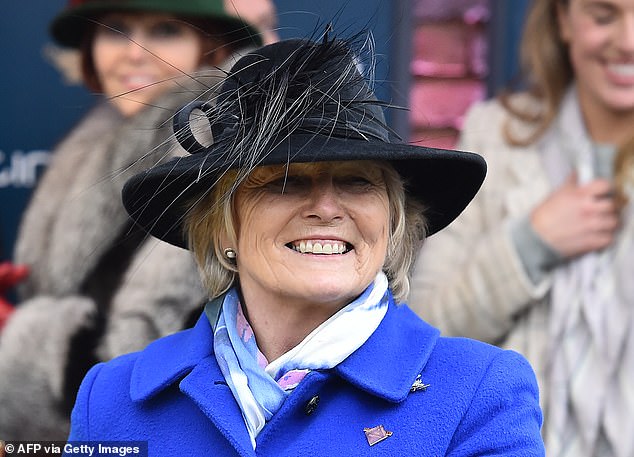 Harrington confirmed Grand National runner-up Magic Of Light is set for the bet365 Mares’ Hurdle at Ascot on Saturday.

‘Magic Of Light will go to Ascot on Saturday and then she might stay and go to Huntingdon (for a Listed mares’ chase on January 24),’ said the Moone handler.

Silver Sheen staked a strong claim for the Pertemps Handicap Hurdle Final at the Cheltenham Festival with an eyecatching success in a qualifier at Warwick on Saturday.

However, Harrington feels he may have to go up a few pounds to get in the race.

‘Silver Sheen might need to run again to get high enough for the Pertemps,’ she said.

‘Last year was an exception as the bottom-weight was 134 and I think you’ll need to be higher than that.’

More than 2,000 back campaign to save popular fields from development