Joe Tizzard is confident forgotten horse Lostintranslation can sneak in under the radar and bounce back to his best in the Magners Cheltenham Gold Cup on Friday week.

The former jockey, who is now assistant trainer to his father Colin, believes the dual Grade One winner can add to his Betfair Chase win at Haydock and Listed victory at Carlisle this season as he makes his third appearance at the Cheltenham Festival.

Although Lostintranslation, who finished down the field in the 2018 Supreme and second in last year’s JLT, has a bit to prove after pulling up in the King George VI Chase last time, Tizzard expects a different story on this occasion. 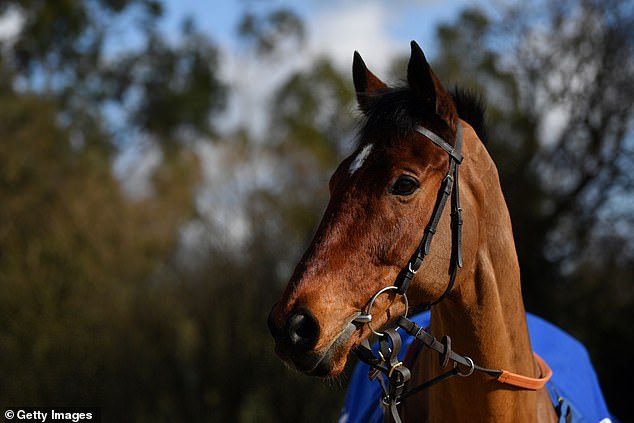 He said: ‘I quite like the fact he has gone a bit quiet now as he can come in there without too much pressure and we feel we have him right back to where we want him.

‘He has been freshened right up and he goes there really well. We’ve not lost any faith in him. The season was going perfectly after Haydock and the wheels fell off a bit at Kempton.

‘We have tweaked his wind as he has had a soft palate operation since, but that is something that was mentioned before.

‘I think he perhaps had a harder race than we thought (at Haydock), it was only three and a bit weeks before and it perhaps just left its toll a bit. He really has come back to himself at home and he looks a picture.

‘He has got a live chance going into it as he is a good horse. We are really happy with where he is.’

While Tizzard is optimistic Lostintranslation will have no problem seeing out the three-and-a-quarter-mile trip, he hopes the ground continues to dry out and aid his chance of victory. 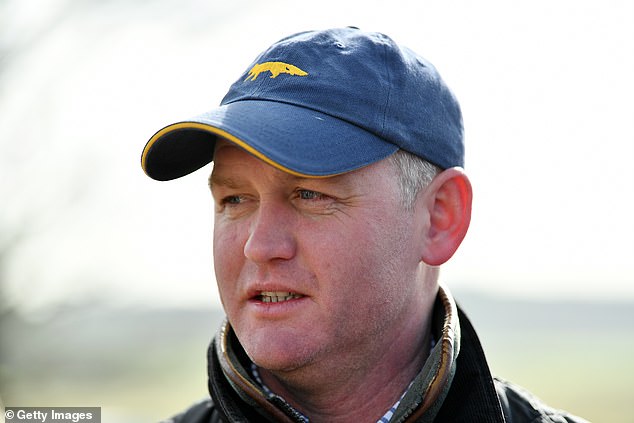 He added: ‘Although he is a big horse, he wouldn’t mind it drying out as the week goes on, as Robbie has maintained that as he is a Flemensfirth, he would be better on top of the ground.

‘He has got cracking form around Cheltenham – he won the Dipper (last year), then he was second in the JLT.

‘There is always that question mark about that extra couple furlongs up the hill and it takes a lot of getting, but if there is some genuine good to soft ground, I think he could just travel into it and be bang there at the last.

‘It (trip) shouldn’t be a problem as he got three miles around Aintree really well last year.’

He said: ‘If you had said to me last year you would have to beat the second and third in the RSA (Santini and Delta Work), then I would have been comfortable taking them on. 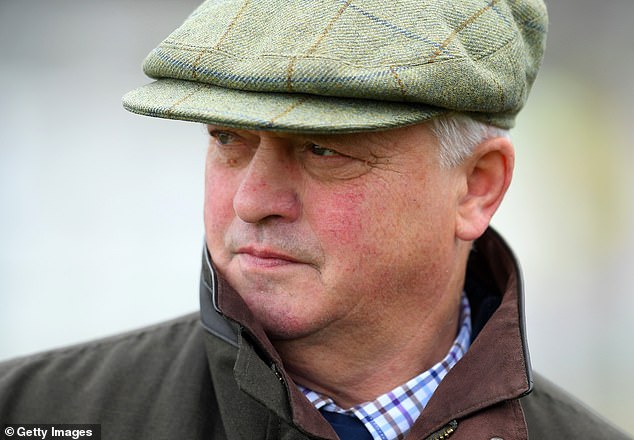 ‘It is difficult for horses to back up winning two Gold Cups, but I certainly wouldn’t rule out Al Boum Photo as they have looked after him well and he goes there a fresh horse.

‘I think it is a wide-open race and as competitive a race as you can get.’

Last year’s Gold Cup sixth Elegant Escape looks set to swerve a second outing in the race, with the Tizzard team considering a direct route to Aintree for the Randox Health Grand National.

He added: ‘We are going to give him a spin in the Grand National. He got stuck in the mud at Haydock last time. The horse is jumping out of his skin at the moment.

‘It has not been a bad preparation, the Gold Cup for the Grand National, but he is the sort of horse that would give himself a hard race and it is only three weeks before, so I doubt we will see him there.’

A 35-year-old man has been arrested after a person was spotted with a knife in a Stoke-on-Trent street. Officers were