Next week’s BetVictor Gibraltar Open (March 13-15) is the last counting event in the race to qualify for the Coral Tour Championship, as well as the final tournament in the BetVictor European Series, with a £150,000 bonus at stake.

The massive bonus will go to the player who wins the most money across the four BetVictor European Series events. And it’s a straight two-man race between Neil Robertson who has £115,000 and Judd Trump who has £80,000. With a £50,000 top prize available in Gibraltar, Trump can still land the bonus by winning the title, as he will be seeded to potentially meet Robertson in the semi-finals.

Only the top eight on the one-year ranking list after the Gibraltar event will go through to the Coral Tour Championship in Llandudno (March 17-22).

Higgins and Maguire were partners at the World Cup, but who will be going to Llandudno?

John Higgins is currently in eighth place with £158,500, with Stephen Maguire just behind him on £152,000. Maguire reached the semi-finals of last week’s Coral Players Championship to climb from 12th to ninth, but a narrow 6-5 defeat against Judd Trump meant he still trails Higgins by £6,500.

Maguire must reach the final in Gibraltar, worth £20,000, to have a chance of usurping Higgins. There are five other players who need to win the title in Gibraltar to stand a chance of a top eight spot: Graeme Dott, Thepchaiya Un-Nooh, Kyren Wilson, Joe Perry and Mark Williams. Mark Allen is £7,000 ahead of Higgins in seventh place but is not quite safe yet as it is possible that two players could overtake him.

Judd Trump won the Coral Players Championship in Southport on Sunday, banking £125,000 to bring his total on the one-year list to £656,500.

Victory also made Trump the front runner in the race to win the 2020 Coral Cup, with a £100,000 bonus to be awarded to the player earning the most money across the three-event series. He now has £132,500, with Neil Robertson second on £100,000. With a £150,000 top prize available in Llandudno, all eight players will go into that event with a chance of winning the bonus. 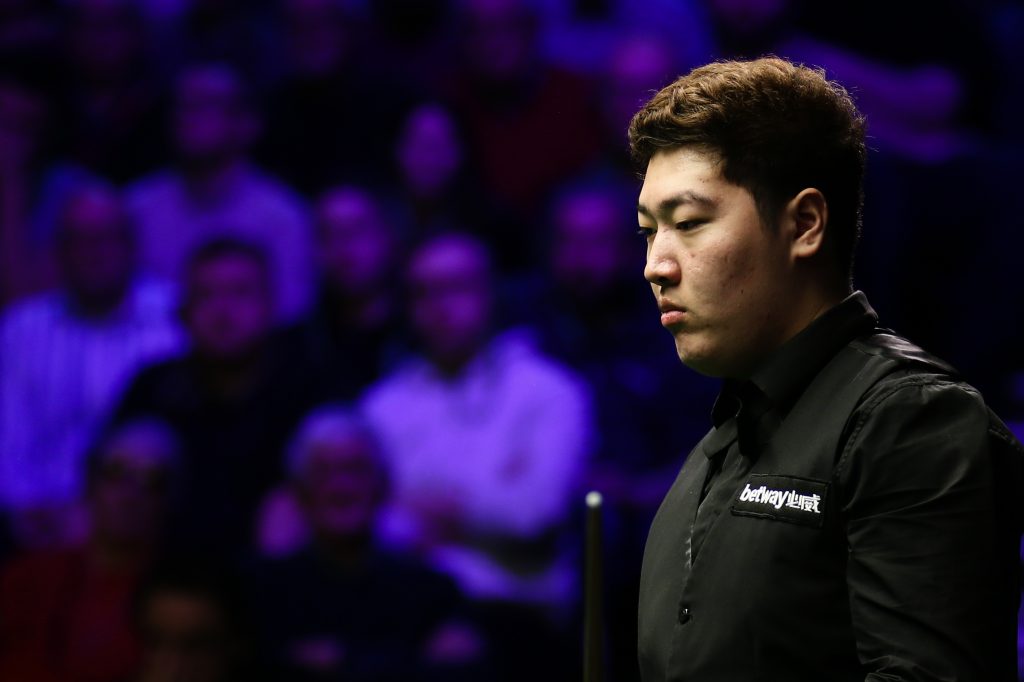 Yan Bingtao reached the final in Southport and his £50,000 prize guarantees his spot in Llandudno. The 20-year-old from China also makes a crucial surge in the Race to the Crucible, with Gibraltar and Llandudno the last two events before the seeding cut, with only the top 16 at that stage handed an automatic place at Sheffield’s Theatre of Dreams. All other players will face the Betfred World Championship qualifiers at Ponds Forge, which start on April 8th.

Yan is into 16th place with a lead of £6,500 over Joe Perry in 17th and £9,000 over Ali Carter in 18th. So Perry and Carter must reach the final in Gibraltar to keep their hopes of an automatic Crucible berth alive.

On the official two-year list, Trump now holds a vast lead of £591,000 over second placed Neil Robertson while Yan is up from 18th to 16th.

Tickets for all of the above events are on sale now – for details click here.

Stoke City keeper Adam Davies finds himself third choice in the Wales squad behind Danny Ward and Wayne Hennessey, but