As racing grapples with getting the sport back up and running in some form, the black clouds increasingly looming concern the long-term damage inflicted by the coronavirus pandemic.

A £22million cash flow and hardship funding package was announced on Friday by the Levy Board and Racing Foundation… but there is concern that ramifications of the shutdown will be felt for years, rather than months.

An initial shut-down until the end of this month has now been given an open-ended extension with an acknowledgement that even though racing behind closed doors might be possible in May, it will be June at the earliest before crowds are allowed back — and that is the view of the optimists.

A letter to trainers stated British racing faces losing close to £200m in revenue if it remains closed down until July. There is also growing concern about how the uncertainty will affect owners, as their personal income streams are hit while most still have to pay training fees with no indication when the horses will be able to run.

The package announced on Friday included £2.5m for a Racing Relief Fund to give support for horses if their owners are unable to pay for them — an issue that could have serious animal welfare implications.

One source said: ‘The worry is that owners who are struggling financially because of the crisis have to turn around to trainers and syndicate managers and say we can’t pay any more, the horse is yours.’ The RSPCA are aware of a potential problem and welcomed the Relief Fund package.

David Muir, the RSPCA’s equine consultant, said: ‘I have been in contact with the BHA and we are being kept in the loop. I have also spoken to some trainers. I am glad racing have identified this and are looking at it. We are not here to police anything but to help and advise if necessary. I would be more worried about syndicates with people who drop out because they can’t pay any more rather than the big operations.

‘That can have a knock on effect for trainers. They have a lot of pride and don’t like to seek help but the BHA are saying if you need help ask.’

Plans to race at regional hubs are being worked on to convince the Government that racing can operate safely as society takes a tentative step back to normality.

Newmarket, with two tracks and a racing population on its doorstep, plus Newcastle in the north and Lingfield in the south — two all-weather tracks with hotels on or nearby their sites allowing for quarantine of jockeys and officials, — are the favoured sites.

With its ability to operate at rural locations, there is an argument that racing — an industry as much as a sport with 20,000 people directly or indirectly employed — should be one of the first sports to take steps out of lockdown. With the industry contributing £1.5bn a year to the economy, rising to £4.1bn when secondary expenditure is included, the hope is that the Government will look favourably on racing’s plan to resume. But the longer the current situation goes on, the bigger the hole. Questions are stacking up and there are not many definite answers.

How many owners will still be able to afford horses if businesses are struggling or they have seen their salaries slashed?

Will they be in a position to restock as usual later in the year when the bloodstock sales season is usually in full swing — and if there is a fall in purchases how much damage will that do to a breeding industry which has already lost valuable sales opportunities? 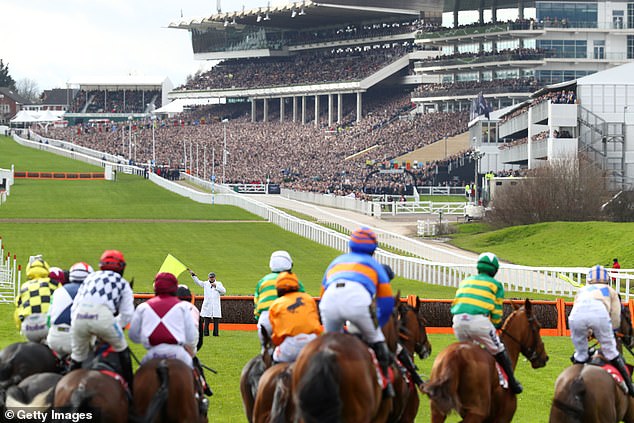 How many sponsors will still be able to back the racing as they have to tighten their belts to concentrate on rebuilding their businesses? How will it affect the relationship between the betting industry and racing, with Ladbrokes Coral saying the shutdown of sport is costing £50m in earnings a month?

Breeders, jockeys, trainers, owners, bookmakers and racing media — the Racing Post has temporarily shut down its print edition — have all been touched by the crisis.

The Professional Jockeys’ Association launched a hardship fund for their toughest hit members, while trainers are not in a position, like many other employers, to furlough their staff, with grooms needed to look after horses.

The current closedown, which started on March 18, is costing the sport £7.5m a month in the Levy, the slice the sport is handed from profits made by bookmakers from betting. Levy reserves only stand at about £45m and a chunk of that will be needed to kick-start racing when it grinds back into gear.

Each betting shop around the country pays about £30,000 a year to racecourses for the right to show pictures, with about £150m a year in media rights going to racecourses.

So even if racing can restart behind closed doors, that revenue stream will be lost as long as betting shops remain closed alongside most other retail outlets on the high street.

A third of betting turnover on the sport still also comes via high street betting shops.

German racing has said its prizemoney will drop by 50 per cent during the period when its sport gets back to action without crowds, a situation that happened in Australia while racing has continued under strict regulation. 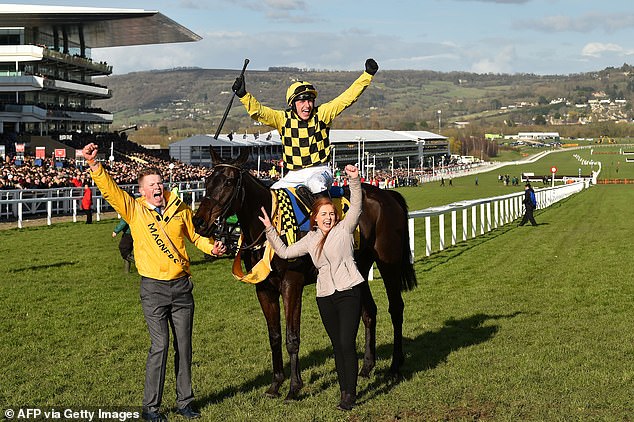 Former jockey Dale Gibson, now executive director of the PJA, said: ‘Prizemoney is going to take a hit. The whole industry must be aware. The last three weeks have been a significant eyeopener for us.’

As the weather improves, tracks rely more on healthier attendance and customer spend.

Scottish jumps track Perth, which has lost racing until at least July, reckons it has a £500,000 hole in its finances while Lingfield’s loss of the All Weather Champions day on Good Friday — which attracts a crowd of 11,000 — represents between a £500,000 and £600,000 loss for track owners Arena Racing Company.

Virtually every track has a ‘Ladies Day’ or big music-related events planned in the next weeks and months. Massive revenue earners that fund much of the programmes. Many, if not all, could be lost. That is why Friday’s package also included £13.5m in advances and loans to tracks.

The situation is made worse by the collapse of non-race-day income at racecourses. Normally, they expect to be busy with conferences and weddings at their venues when not in action.

Sally Iggulden, chief executive of East Yorkshire independent track Beverley which looks like it will lose its first six meetings at least, said: ‘Pretty much every single event that we had booked in until September has been cancelled.’

With the prospect of also having to offer partial refunds to annual badgeholders, whose subscriptions are already in the bank, Iggulden added: ‘With racing behind closed doors, the big discussion is where the money for prize money will come from. We might be able to cope with the lower grade races but any feature races would become problematic.’ 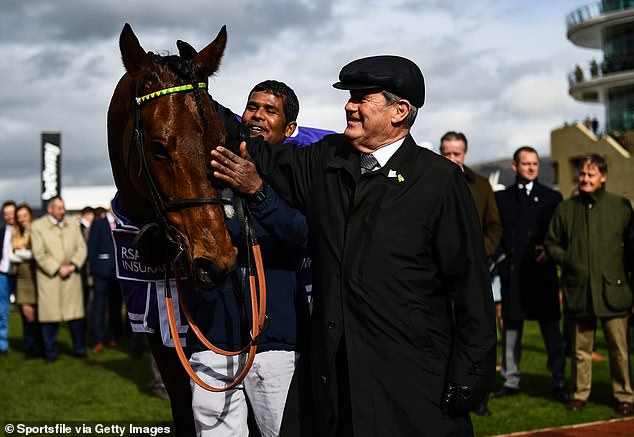 No wonder Royal Ascot was keen to stress that if the situation eases enough to safely stage the meeting behind closed doors in June, the £8.1m prize money will have to be seriously revised.

The 2020 fixture list will also have to be drastically revamped. New slots are being sought for the 1,000 and 2,000 Guineas and Derby and Oaks and the season will have to be back-loaded.

More immediately, managing expectations will also be a balancing act. All participants will be itching to get started but fields and meetings initially will have to be restricted in size to convince the Government personnel on track is as low as possible. There will be inevitable bottlenecks and frustrations.

What racing has on its side is the optimism that usually fuels dreams against the odds.

Tim Palin, whose Middleham Park Racing is one of the biggest syndicate operators in the country with more than 100 horses spread around 34 trainers, said that sales of shares in horses are down 40 per cent on normal March and April figures.

But he added: ‘It is a testing time but our owners have been fantastic and very stoic. We’ve traded through two recessions and for some strange reason racing seems very resilient.’

That resilience is going to be tested like never before.

A Stoke-on-Trent school has reintroduced face masks in the wake of rising numbers of coronavirus cases. Thistley Hough Academy, in